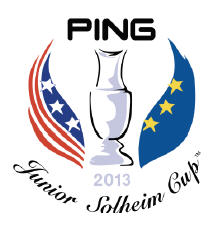 The Ladies’ British Open Amateur Championship is one of six leading European amateur tournaments to be selected as official qualifying events for places in the European team at the 2013 PING Junior Solheim Cup.

The Championship, to be played at Machynys Peninsula, Wales, on 11-15 June, 2013, is included on the qualification rota alongside five other top events in Spain, France, Germany, Sweden and England as Europe’s leading amateur girl golfers bid for the six automatic places in the European team to face the Americans at the 2013 PING Junior Solheim Cup, to be staged at The Inverness Golf Club in Denver on 13 and 14 August.

The six qualifiers will be joined by a further six Captain’s Picks in a European team bidding to wrest the trophy back from an American side which retained the trophy after halving the 2011 match 12-12 at Knightsbrook Hotel Spa and Golf Resort in Ireland.

Officials have also confirmed the qualification criteria for next year’s match in Colorado.

The PING Junior Solheim Cup was inaugurated back in 2002 when the American team emerged victorious at Oak Ridge,Minnesota. They also won in 2005 and 2009, with the Europeans claiming the trophy at Bokskogens GK, Sweden, in 2003, and Båstad GK, Sweden, in 2007. The Americans have never lost on home soil.

“We are very confident the new criteria for the selection of the 2013 European PING Junior Solheim Cup team will provide an extremely talented group of young women to continue in the tradition set by the likes of Anna Nordqvist, Melissa Reid and Marianne Skarpnord,” said John A. Solheim, Chairman and CEO of PING. “It has been very exciting watching women like these who have played in earlier PING Junior Solheim Cup matches continue with successful careers in Professional Golf.”

The PING Junior Solheim Cup always takes place immediately ahead of The Solheim Cup, this year due to be played on 16-18 August at Colorado Golf Club, just 20 minutes away from The Inverness Golf Club.

For more information about both the PING Junior Solheim Cup and The Solheim Cup please visit www.solheimcupeurope.com and www.ladieseuropeantour.com

TaylorMade Golf has launched an all-black version of its P790 iron that will be at retail from April 23.