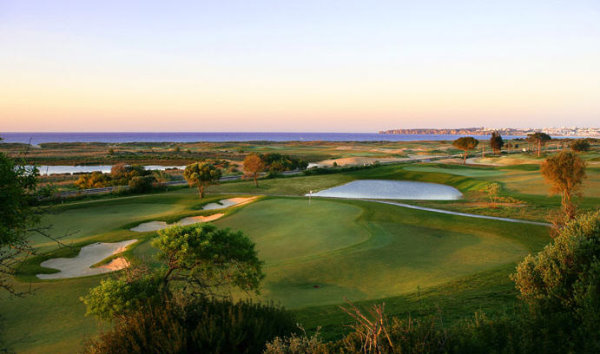 The multi-award-winning Onyria Palmares Beach & Golf Resort, in Portugal, has been nominated for inclusion as one of Glenmorangie’s top 18 golf courses by its designer Robert Trent Jones Jnr.

Described by the whisky brand as “the golfing jewel in the crown of the Algarve”, Palmares is one of the courses nominated by Glenmorangie’s four ambassadors – Sir Nick Faldo, Tony Jacklin, Robert Trent Jones Jr and renowned course photographer David Cannon – for the ‘Unnecessarily Well Made Golf Course’ contest.

Other ambassador-nominated courses include Augusta National, Muirfield, Cape Kidnappers, Le Touessrok Resort, Mauritius, and St Andrews Old Course. The competition to find the world’s top 18 courses is open to nominations from golfers across the globe and has as its grand prize a trip to the 2014 Open Championship at Royal Liverpool.

A Glenmorangie statement said: “Ask 100 golfers for their favourite golf course and you might get 100 different answers. Ask them why it’s their favourite and you will get many more. As The Spirit of The Open, we at Glenmorangie are searching for the answers and we are inviting you to help us find them. In return, we are offering the opportunity to win a number of monthly prizes.

“We want to know what it is that makes one golf course, above all others, your favourite. Perhaps it’s the layout: the positioning of the bunkers, the perils of the water, the contours of the greens. Or the landscape: the woodlands, bushes and lakes; the stark surrounds of a desert; the rough beauty of a links where it’s just you, the sea, the dunes, the clouds and a biting, swirling wind.”

Onyria Palmares Beach & Golf Resort reopened only in 2011 following an extensive, €10m redesign by Trent Jones Jnr, and has already been inundated with accolades. The readers of one of Europe’s best-selling golf magazines, Today’s Golfer, voted Palmares joint runner-up in the best Portuguese course category in the publication’s annual travel awards.

Palmares became a new entry, at 26th, in Golf World’s poll of the Top 100 European Golf Courses, and was listed as the third best course in Portugal by Golf Digest, the number one distributed sports title in the USA – and all a little more than a year after being opened. It was also one of only two Portuguese new entries in the second edition of the Rolex World’s Top 1000 Golf Courses.

The 27-hole set-up at Onyria Palmares Beach & Golf Resort is following Onyria’s traditional business model, with plans for a five-star hotel and a selection of plots for villas which have been released on to the property market.