Nikon Celebrates 20 Years as Patron of The Open Championship 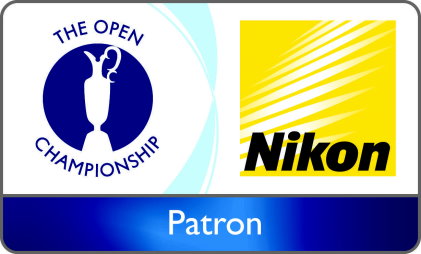 Nikon announces a milestone in its company history as it celebrates its 20th year as patron of The Open Championship, the oldest major golfing tournament.

The world’s greatest golfers will compete in the 141st Open Championship, this year hosted at the Royal Lytham and St Annes course in Lancashire, from 19th – 22nd July 2012.

To mark this significant anniversary Nikon will be hosting number of local activities during the event, including the PGA Coaching Area which invites keen golfers to have their putting stroke analysed by a PGA professional. A Nikon COOLPX P310 compact camera, fast enough to capture 120fps, will be used to record your movement and which will then be evaluated by the coach in order to suggest improvements to your technique.

Nikon will also be hosting the Time Challenge Gallery competition, giving entrants the chance to win a share of £6500 worth of Nikon prizes. Entrants simply have to logon to www.nikonopengolf.co.uk to identify winners from previous Championship events to be in with a chance of winning.

Spectators looking for a personal souvenir of the day should swing by the HSBC and Mastercard zones to enjoy the Nikon photo experiences. Not only can spectators take away a picture of themselves posing as a caddie, but grinning victoriously holding a trophy high!

Jeremy Gilbert, Group Marketing Manager at Nikon UK, says: “We’re delighted to be once again supporting The Open Championship; an event which celebrates not only the best in golf but delivers the world class sporting imagery.

He adds: “We’ve initiated a number of spectator activities this year which aim to inspire, inform and ultimately engage with spectators, with a view to enhancing their experience of this significant event.”

Nikon will also be showcasing its range of cameras and sport optics, including a new range of binoculars and the new COOLSHOT laser rangefinder, endorsed by newly appointed ambassador, Robert Rock who is ranked European number 12 in the sport.  Nikon’s special edition London 2012 branded sport optics will also be on display – ideal for the summer of sport ahead. Located in the tented village, spectators are able to purchase Nikon products and hire binoculars from the Showroom for a clearer view of the 18th hole.