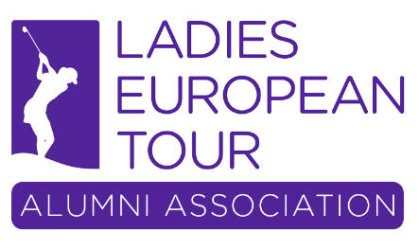 As part of the ‘LET’s Keep in Touch’ element of the Development Department’s strategy, a new LET Alumni Association has been established.

The initial aim of the Association will be to enable former Ladies European Tour members to network with each other, which may be particularly useful in terms of sharing information about career opportunities. This is an important part of the LET’s drive to get more women into positions of influence in golf.

According to Mike Round, Director of Development and membership: “The first stage of the exercise was to survey some of the former members to ask what they thought about the establishment of an Alumni Association. The overwhelming majority thought it would be a good idea and they provided useful input about what it should do. This led to the setting up of a closed Facebook group which, within just four days, had attracted the attention of over 150 former LET players from around the world.”

Membership of the Association is available to those who played on Tour for at least two years and, initially, there is no charge for membership. All those who leave the Tour and meet the criteria will automatically be invited to join the Alumni Association.

The existence of the Association will lead to a variety of benefits for the Alumni members. Mike explained: “Our former players have a wealth of knowledge that we can learn from and many of them go on to secure positions of influence in golf, which we should be celebrating.”

He added: “The transition from tour golf into a second career isn’t always an easy one. Through the network, ex-players will be able to help and support each other, and they will be able to provide useful information to the existing LET members who may be coming to the end of their playing career.”

Chairman of the LET, Helena Alterby Nordström, said: “With this group it will be a great way for former members to stay in contact with each other, increase their network and also give themselves more business opportunities. The former members all have got their experiences in golf and getting together and sharing ideas is one way to move forward and increase the interest in women’s golf.”

Former Solheim Cup Captain’s Assistant, Marta Figueras-Dotti commented: “Through this new Association, it will good to be able to keep in touch with former players and friends. Players will be able to help and support each other as they move into their second careers.”

In time, it is hoped that the Association will develop a wider range of activities and benefits. Mike concluded: “It is difficult to predict what the Alumni Association will look like in the future, but it should evolve into a valuable network that will lead to significant benefits for the members, the LET and for women’s golf.”

Further information is available from Mike.Round@ladieseuropeantour.com