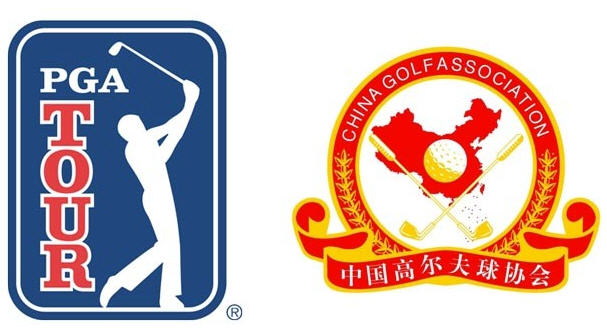 A partnership between the China Golf Association, PGA TOUR and event promoter China Olympic Sports Industry (COSI) has established a new professional golf tour in China that will begin play in 2014 with 12 tournaments throughout the country.

PGA TOUR China, which also will be open to professionals outside of China, will move geographically throughout the country. Fields are expected to be between 120 and 156 players and purses will be in the $200,000 range per tournament. Plans are to increase the number of events after the first year.

“We are very pleased to announce the establishment of PGA TOUR China, which builds upon our longstanding relationship with the China Golf Association,” Finchem said. “As with the structure of NEC Series-PGA TOUR Latinoamérica and PGA TOUR Canada, PGA TOUR China will provide open competition on a quality tour for elite players from China and other countries and the opportunity to advance to the world stage. Also similar to those two Tours, we plan to provide access to the Web.com Tour for the season’s top players.”

The initial schedule and further details, such as specifics on Web.com Tour qualifying, will be announced at a later date. Open qualifying tournaments are planned for the beginning of the year with the first tournaments scheduled for March.

“We have seen great advancement of Chinese elite golfer development in the last few years, and the creation of this Tour is the next positive step forward for this sport in China,” Zhang said. “This will raise the level of golf in China even further and prepare players from China to participate in the Olympics and other significant global competitions. We are happy to partner with the PGA TOUR, the world’s leading golf organization, and to work together in this effort. We also appreciate COSI, which is an important partner to help deliver the results from these efforts. We continue to grow golf as a sport, and to advance our athletes to greater levels.”

The PGA TOUR will be involved in all aspects of the Tour’s operations and work with COSI, a division of the China Sports Industry Group, on bringing sponsors to the Tour. COSI has extensive knowledge and experience in promoting global-quality events.

“We are excited to be a part of this major milestone for golf in China,” Sun said. “This is the start of a Tour that will continue to grow within China in the short- and long-term. We are happy to lend our experience in running premium sporting events, including golf tournaments. With our partnership with the CGA and the PGA TOUR, we are confident that this will be a very successful endeavour.”

The PGA TOUR has an established collaborative relationship with the CGA that has seen the TOUR working actively with the Men and Women’s Chinese national golf teams to support their training, including multiple visits to the TPC Sawgrass facility to receive instruction.

This relationship marks the further development of the PGA TOUR’s presence in China. In August, the TOUR announced the hiring of Greg Gilligan, an executive who has been based in China the past 17 years, as Vice President, Managing Director of PGA TOUR’s affiliate in China, PGA TOUR (Beijing) Management Consulting Co Ltd. Gilligan will help the PGA TOUR to increase its efforts in China, including working cooperatively to support the continued growth of golf in China, deepening and broadening the PGA TOUR’s relationships and advancing the TOUR’s business throughout the country

The TOUR has multiple existing broadcast partners in China and a digital partnership with SINA Corporation. A retail licensing agreement has established nearly 40 PGA TOUR-branded stores in China, with more planned. Additionally, earlier this year, the TOUR and Bose Corporation announced a sponsorship agreement for category rights in China, marking the first official corporate sponsorship the TOUR has made specific to China.