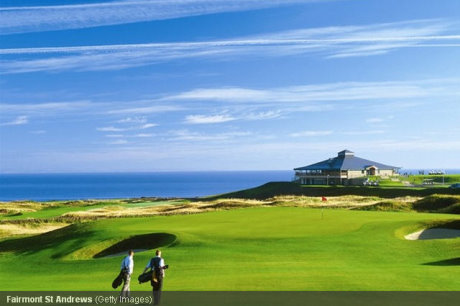 The Scottish Senior Open is seeking to launch a new chapter for its 20th anniversary edition in 2012 following the conclusion of Cleveland Golf/Srixon’s three year term as title sponsor.

The Torrance Course at Fairmont St Andrews has hosted the prestigious event since 2009 when the title was won by Englishman Glenn Ralph, before back-to-back victories in 2010 and 2011 for former Ryder Cup player Barry Lane.

Now the European Senior Tour is inviting interest from potential new title sponsors for 2012 and is offering the unique opportunity to take the event through toScotland’s staging of The 2014 Ryder Cup.

Andy Stubbs, Managing Director of the European Senior Tour, said: “Discussions are progressing between all parties, including EventScotland and Fairmont St Andrews, and we look forward to exploring new opportunities with a view to securing the event for the future.

“We greatly appreciate the support and commitment of Cleveland Golf/Srixon over the past three years, but we have now targeted a new and exciting era in the 20 year history of the event.”

Recent past champions of the Scottish Senior Open include Sam Torrance (2006) José Rivero (2007) and Peter Mitchell (2008). The event was first played in 1993 at Royal Aberdeen when Tommy Horton was crowned the inaugural winner.