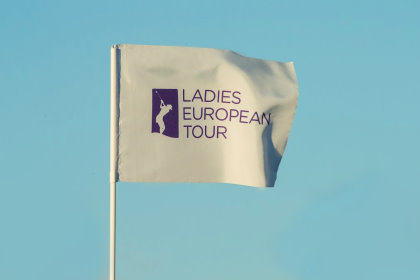 The Ladies European Tour is pleased to announce its international schedule for the 2017 season, including three new tournaments, the return of the Turkish Ladies Open and The Solheim Cup in the USA.

The 2017 season will start with the Oates Vic Open, to be held at 13th Golf Links on the stunning Bellarine Peninsula in Victoria from February 9-12. The tournament, which will feature on the LET schedule for the first time, is currently the only professional event in the world that stages both men’s and women’s championships concurrently on the same golf course.

The second new Ladies European Tour event will be the Estrella Damm Mediterranean Ladies Open, to be played at Club de Golf Terramar in the beautiful, coastal town of Sitges, just south of Barcelona, on April 20-23.

The Ladies European Tour will stage a third soon to be named new tournament in Southern Europe in late June, while the Turkish Ladies Open in Antalya is back on the schedule.

There will be 11 tournaments with purses of at least €500,000, including the Aberdeen Asset Management Ladies Scottish Open, on July 27-30, at Dundonald Links in Scotland, now a co-sanctioned event between the LET and LPGA, with a significantly increased purse of US$1.5 million.

A two-week festival of women’s professional golf continues in Scotland with the RICOH Women’s British Open taking place at Kingsbarns Golf Links for the first time on August 3-6. The fourth Major of the year will also be the final qualification event for The 2017 European Solheim Cup Team, where Captain Annika Sörenstam will announce her full 12-woman squad following the conclusion of play on Sunday, 6th August, 12 days  before the 15th Solheim Cup at Des Moines Golf Club in Iowa, on August 18-20.

LET Chief Executive Officer Ivan Khodabakhsh said: “2017 promises to be a great year for the Ladies European Tour and we are really excited to tee off our season with a new event in Australia. Our schedule includes a minimum of four new or returning events, plus several more to be confirmed shortly. With 18 live televised events, there will be more exposure than ever this year. Our members will have the opportunity to compete for record prize money, across a wide range of world class tournaments, as we continue to develop women’s golf and the global footprint of the LET.”