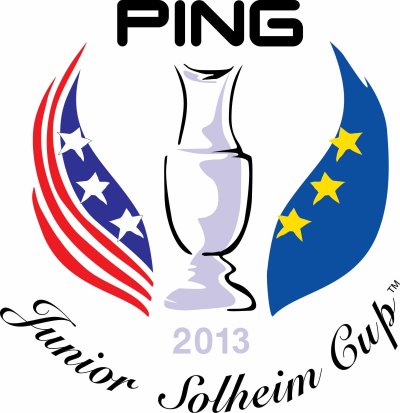 New captain, Janice Moodie, has urged Europe’s leading girl golfers to set their sights on winning a place in the European team for the 2013 PING Junior Solheim Cup match, to be staged at The Inverness Golf Club, in Denver, Colorado, on Tuesday August 13 and Wednesday August 14.

Speaking ahead of the first qualifying event, the Spanish International Ladies’ Amateur Championship, to be played at Pula Golf, Mallorca, on February 27 to March 3, the Scottish LPGA Tour player said: “We are fortunate there are a lot of very good young girl golfers around Europe at the moment and I’d like them all to be targeting a place in this year’s PING Junior Cup team.

“It won’t be easy because there are only a limited number of places available but it is an attainable goal and will give the successful girls an experience they never forget no matter what they go on to achieve in the future.

My mother used to say ‘let your clubs do the talking and the rest will take care of itself’ and that’s good advice for anyone who wants to get on in this game,” the three-time Solheim Cup player added.

“I’d like to take this opportunity to wish all the girls the best of luck this season. I can’t wait to meet my team and getting down to the serious business of winning the trophy back from the Americans.

The first step in that process comes when a strong international field competes in Spain in what is the first of six events in which PING Junior Solheim Cup qualification points are up for grabs. It continues with the French International Lady Junior Championship at St Cloud Golf Club (March 28 – April 1), the German Girls’ Open at GC St Leon-Rot (June 7-9), the Ladies’ British Open Amateur Championship at Machynys Peninsula G & CC (June 11 -15), the European Girls’ Team Championship at  Linköping, Sweden (July 9-13) before concluding at the European Ladies’ Team Championship at Fulford GC, England (July 9-13) when the leading six players from the official Points Table will earn an automatic place in the European side. The six qualifiers will be joined by a further six Captain’s picks.

The PING Junior Solheim Cup was inaugurated back in 2002 when the American team emerged victorious at Oak Ridge, Minnesota. They also won in 2005 and 2009, with the Europeans claiming the trophy at Bokskogens GK, Sweden, in 2003, and Båstad GK, Sweden, in 2007. The match series currently stands at 3-2-1 in favour of the Americans who have never lost on home soil.

Leading golf manufacturing company PING is the founder, owner and title sponsor of the PING Junior Solheim Cup and the event will be operated by the American Junior Golf Association (AJGA) with assistance from the Ladies European Tour (LET) and the Ladies Professional Golf Association (LPGA).

The PING Junior Solheim Cup always takes place immediately ahead of The Solheim Cup, this year due to be played on August 16-18 at Colorado Golf Club, just 20 minutes away from The Inverness Golf Club.

For more information about both the PING Junior Solheim Cup and The Solheim Cup please visit www.solheimcupeurope.com and www.ladieseuropeantour.com.

Scottish Golf has cancelled three of its major national amateur championship events for 2021, and says it has no plans to reschedule them for later this year due to likely fixture congestion.

Evnroll has unveiled two new putter ranges for 2021 – the V-Series and the Midlock, both of which will be at retail in March.