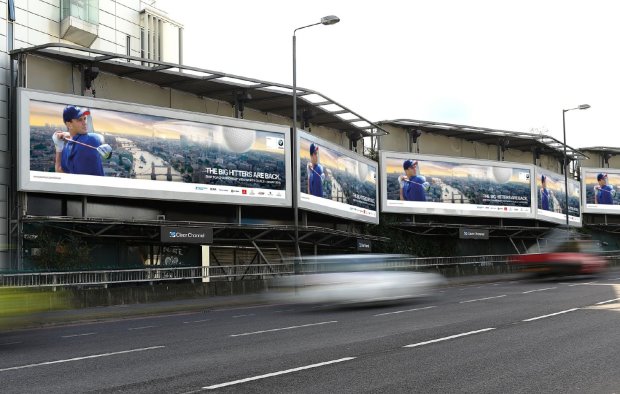 Martin Kaymer and Graeme McDowell, two global golfing superstars who have made a significant footprint on the history of the US Open Championship, are the latest ‘big hitters’ to be confirmed for next month’s BMW PGA Championship at Wentworth Club.

Kaymer, the reigning US Open Champion and McDowell, who in 2010 became the first European winner of that event in 40 years, will cast a huge shadow over the London landscape in the second phase of the European Tour’s association with outdoor advertising company Clear Channel, the Official Media Partner of the BMW PGA Championship.

Adverts also ran on numerous 48-sheet billboards and the ‘Adshel Live’ digital network on 100 bus stop panels around the city, with the emphasis on a spectacular aerial view of the London skyline with the iconic Tower Bridge in the foreground.

The second burst of activity with Clear Channel – featuring two men who heroically sank putts to secure The Ryder Cup – will again focus on the ‘Big hitters are back’ campaign, running up to and beyond the BMW PGA Championship from May 21-24. 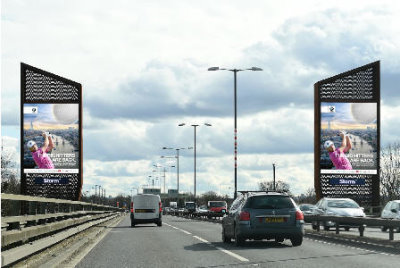 Clear Channel has a national network of 60,000 high-impact advertising sites nationwide, including on the key arterial routes in and around the capital, will deliver visibility and brand awareness of the BMW PGA Championship 2015 on an unprecedented scale, targeting strategic, high impact locations such as the M4, M3, A3 and M40.

Kaymer, now halfway to the career ‘Grand Slam’, having also won the 2010 US PGA Championship, will be competing in his ninth consecutive BMW PGA Championship and is aiming to add to the BMW International Open title he won in his native Germany in 2008.

He said: “The BMW PGA Championship has always been high on my list of priorities, and it’s pretty cool to be featured alongside such a famous aerial view of London and to know that so many people will be able to associate my image with The European Tour’s flagship event at Wentworth.”

McDowell, who missed last year’s BMW PGA Championship in order to be with his then pregnant wife Kristin in Florida, is delighted to be back at Wentworth Club for the 12th time. He commented: “It was frustrating to pass up an opportunity to play in our flagship event, but family comes first, and I am now ready to put all my focus on trying to win this prestigious title.

“Wentworth is very close to central London, so it can only be good for the Championship to hopefully draw the attention of golfers and non-golfers alike to what’s happening a few miles away in Surrey.”

Advance tickets, with a discount on the gate price, are available for the practice day on Tuesday, 19 May, the Celebrity Pro-Am day on Wednesday, 20 May and all four days of the Championship from 21-24 May.

To purchase tickets, please call the ticketing hotline on 0800 023 2557, or click on the following link: www.europeantour.com/tickets

A limited number of hospitality packages are also available. For more information or to book one of the packages, please call 0800 023 2557 or email enquiries@europeantourhospitality.com