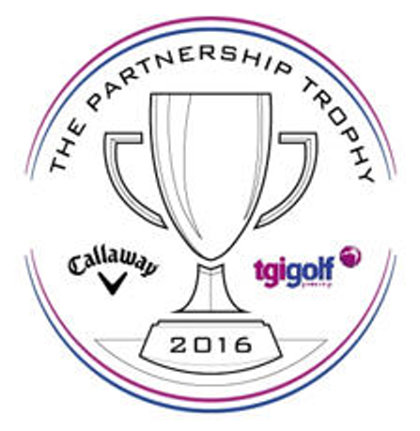 After two weeks of Olympic fever swelling national pride, the excitement ahead of the first TGI Partnership Trophy – in association with Callaway and Callaway Apparel – is building.

The event, staged by TGI Golf Partnership – golf’s leading retail services group – gives Partners the opportunity to represent their countries in a team event that puts Ireland, England & Wales and Scotland against each other.

Staged at The Belfry on September 13th the teams were selected following qualifying events in each country to find the eight Partners for each team. However, just a month before the event both Team Ireland and Team Scotland have undergone some significant changes.

Most notable is the change for Scotland, which sees captain Paul Hay stepping down, due to a change in circumstances, and being replaced by Eddie Reid.

The changes come in Team Ireland with three players withdrawing from the event.

Barrie Trainor of Cairndhu has been forced to withdraw after relocating to Beijing. Paul Stevenson of Portadown GC, who just missed out in the qualifying event at Lurgan GC, will replace him.

Rob Giles (Greenore) and Brendan McGovern (Headfort) have also pulled out of the event due to other playing commitments and will be replaced by Jim Robinson (County Sligo) and Liam Bowler (Wexford).

“We are obviously disappointed to lose three key players, however, we have excellent replacements in the shape of Jim, Liam and Paul who can come in and get the job done,” said Ireland Captain Peter Smyth.

New Scotland captain Eddie Reid, said: “Coming in at the last minute to take over the captaincy is a real honour. It’s not ideal preparation, but we are a fiercely proud nation and motivating the team will not be too much of a problem.”

Ian Martin, who will lead the England & Wales team added: “There’s been a lot of disruption with the other two teams, with lots of chopping and changing. However, it’s all a bit different in our camp – we’ve received our team outfits from sponsors Callaway Apparel, a big thank you to both them and Callaway for sponsoring the event – and everyone is focused purely on brining the trophy home.”