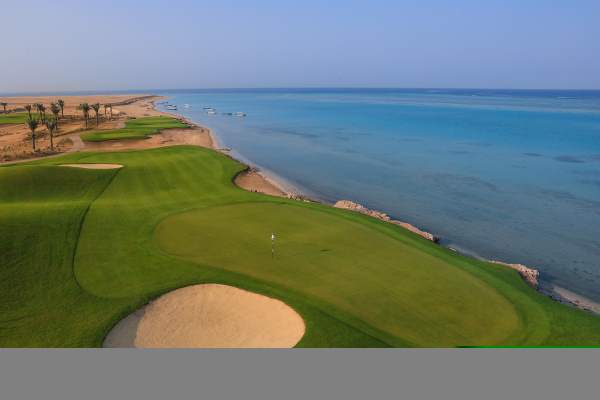 Anticipation is building amongst the world’s best players as they prepare to make their first visit to Saudi Arabia for the inaugural Saudi International presented by SBIA, the first European Tour golf event to be held in Saudi Arabia, which will take place at Royal Greens Golf and Country Club in King Abdullah Economic City (KAEC) from Thursday 31 January to Sunday 3 February.

One of Saudi Arabia’s most progressive cities, and a champion of a modern Saudi lifestyle, KAEC has made headlines around the globe as the ambitious vision for the 181 million sqm city comes to life with new residences, leisure amenities, infrastructure and an ever-expanding commercial district.

“From the outset we believed King Abdullah Economic City and Royal Greens Golf & Country Club were the perfect partners for the event,” commented His Excellency Yasir Bin Othman Al Rumayyan, Chairman of the Saudi Golf Federation. “The setting is tailor-made for staging on and off-course activities and we know the players, VIPs, sponsors, guests and spectators will be treated to the finest service and hospitality.”

One of KAEC’s flagship features is the award-winning Royal Greens Golf & Country Club, Saudi Arabia’s first 18-hole championship golf course that will test the world’s best players and set the scene for television viewers around the world. Set against some of the most picturesque, natural Red Sea coastline, the European Golf Design layout has been manicured to perfection in anticipation of one of the strongest European Tour fields in history.

“We could not be prouder to host such an illustrious event at KAEC and to recognise the significance the Saudi International presented by SBIA will have for the nation’s transition and Vision 2030,” commented Ahmed Linjawi, CEO King Abdullah Economic City. “KAEC is a diverse destination that affords our residents and guests the option to indulge in a progressive way of living. As we develop our amenities and underline our commitment to staging high-profile events, the lifestyle offered in KAEC will become further recognised as a distinct feature throughout Saudi Arabia.”

The city is already highly regarded in many sectors. As a business and commercial hub, KAEC is pioneering partnership investments, attracting major interest from international organisations making initial steps in the country. It has grown into a vibrant residential community, designed to enrich the lives of the local population; as a hospitality and entertainment hotspot, it offers leading international hotels and a roster of entertainment events worthy of any major city; as a leisure experience, it will boast one of the most complete sports centres and an expansive activity sector and, as a champion of Vision 2030 and advocate of Quality of Life 2020, it is projecting a new vision for Saudi Arabia.

King Abdullah Economic City (KAEC) is the largest privately-funded new city in the world. Situated on the west coast of the Kingdom of Saudi Arabia, KAEC covers an area of 181 square kilometers of land, approximately the size of Washington DC. KAEC comprises King Abdullah Port, the Coastal Communities residential districts, the Haramain Railway district and the Industrial Valley. The city is under development by Emaar, The Economic City, a publicly listed Saudi joint-stock company established in 2006.

About The Royal Greens Golf and Country Club

With its state-of-the-art practice facilities, Golf Academy, Spa and array of fine dining options, Royal Greens is set to become one of the region’s finest sports and leisure destinations. https://royalgreens.net/

About the Saudi Golf Federation

The Saudi Golf Federation is the governing body for golf in the Kingdom of Saudi Arabia, responsible for handicapping, development of golf as a sport and for delivering national tournaments.  Based in Riyadh, the Federation is a full member of the Council of National Golf Unions and is committed to developing the game for all its citizens and residents.