Glenmuir Helps Heroes to Battle Back 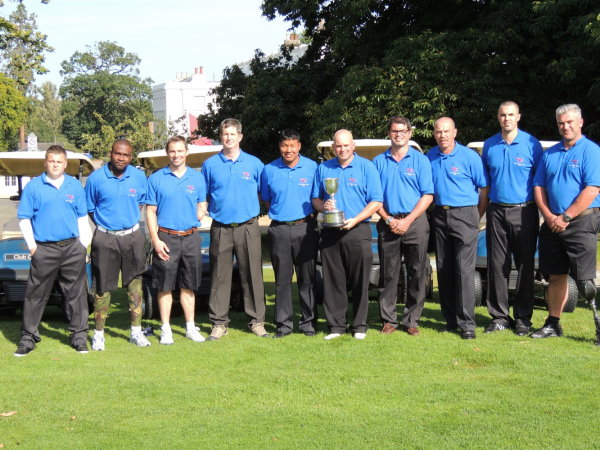 A team of injured servicemen from the UK were supported by Glenmuir as they took victory in a special competition against counterparts from the USA.

The Capt Pietsch Trophy (Courage Cup) was played recently between the visiting US Wounded Warrior Project and the UK Battle Back Golf Programme. Lanark-based Glenmuir supported the 10-man home team with Mulland Angus shirts during the three-day event.

The inaugural competition was held in San Antonio, Texas and was won by the USt eam. But the Glenmuir-wearing UK players took the spoils in the rematch at Burhill Golf Club by the same score.

Said Brian Mair, Glenmuir marketing director: “We couldn’t think of a more deserving team to support with clothing than our brave servicemen and we’re delighted for their win in this very special event.”

The UK Battle Back Golf programme is run by Major Tristan Crew and Officer Zeno Gomes. The use of sports and outdoor activities has a proven track record to aid successful physical and psychological rehabilitation, providing the foundation for the development of a positive self image and outlook on life for injured forces personnel.

US-based Wounded Warrior Project® (WWP) serves military service members who incurred service-connected wounds, injuries, or illnesses on or after September 11, 2001 and their families.