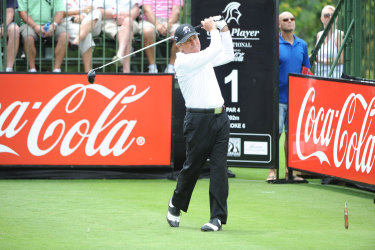 The Gary Player Invitational presented by Coca-Cola has announced their selection of Wings and Wishes and the Wildlands Conservation Trust as the beneficiaries of Africa’s premier charity golf event taking place at the Lost City Golf Course and The Palace Hotel from the 14th to the 17th November 2013.

“The Player Foundation is celebrating its 30th anniversary this year and I am pleased to say we have remarkably raised over R500 million for charities across the globe,” said Marc Player, Black Knight International CEO. “We look forward to another successful event in South Africa as we move to Sun City for this wonderful event providing aid and seeking to bring a brighter future to those in need.” 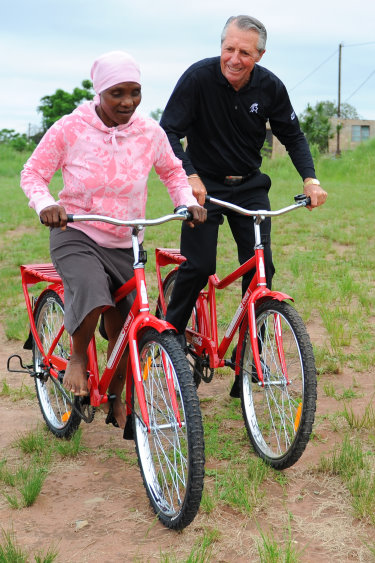 Funds raised from the event, including the black-tie auction at The Palace Hotel on Friday 15 November, will be shared between the Wildlands Conservation Trust in partnership with Qhubeka and Wings and Wishes to continue bringing aid to underprivileged children and impoverished communities.

The Wildlands Conservation Trust is an organization working to uplift local communities by establishing “green jobs” for the poor and unemployed, focusing on recycling plastic and encouraging tree growing through community-based waste-preneurs and tree-preneurs. Wildlands operates in 35 communities, growing over 600 000 trees and hand-collecting over 3 million kilograms of recycled waste annually. The waste and trees are bartered by community residents for bicycles, building materials and food.

Bicycles for the Wildlands Conservation Trust waste-preneur and tree-preneur programmes are sourced from Qhubeka, which has distributed more than 40,000 bikes across South Africa with their World Bicycle Relief programme.

“Since February 2013, 911 Waste-preneurs have started collecting PET (plastic) and have collected over 40,000 kg – the equivalent of 1,200,000 PET bottles,” said Dr. Andrew Venter, Wildlands Conservation Trust CEO. “This staggering achievement is real testimony to the impact of this wonderful project, made possible by the GPI and Coca-Cola.”

In addition to the Wildlands Conservation Trust, 2013 will be the second year that the GPI partners with Wings and Wishes. The program was established in 2006 by staff at the Coca-Cola Sabco bottling company in Port Elizabeth to collect air-miles for the transportation of critically ill children in order to receive lifesaving medical treatment at the appropriate medical facilities. Funds raised at the GPI last year enabled Wings and Wishes to fund over 1,500 travel tickets helping to save the lives of many children.

“We are proud to once again be associated with the GPI. We are in a unique position to help communities in remote villages and townships thrive by enabling them to earn a living collecting recyclable waste and growing trees. We want everyone to recycle more, waste less and help the planet,” said Therese Gearhart, President of Coca-Cola Southern Africa.

Wings and Wishes was started by staff at the Coca-Cola Sabco bottling company in Port Elizabeth to collect air-miles to transport critically ill children to receive super-specialist medical care.

The Wildlands Conservation Trust has networks in 35 communities transforming the lives of South African waste-preneurs and tree-preneurs who grow over 600 000 trees and hand-collect over 3 million kilograms of recycled waste annually. The waste and trees are bartered for bicycles, building materials and food as part of the Wildlands’ vision to restore the ecosystems that underwrite the welfare of these communities.

For more information on the event visit www.garyplayerinvitational.com