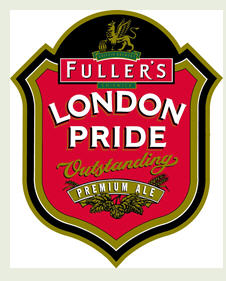 Since the partnership was formed in 2006, London Pride has supported a number of key initiatives at club level throughout England, including title sponsorship of the EGU Gold Medal, the largest event of its kind for club handicap golfers. The grassroots tournament, which takes place each summer, attracts great support from hundreds of clubs and tens of thousands of golfers each year, with the top competitors being invited to the two -day grand final at the home of English Golf, Woodhall Spa in Lincolnshire.

In addition to the Gold Medal, the London Pride EGU Steward of the Year has continued to gather momentum in each of the five years it has been running. The initiative rewards the unsung heroes and heroines of the golf club, the club stewards and stewardesses. Members, visitors and clubs are asked to nominate the person who they feel goes the extra mile at the 19th hole. This is then followed by a rigorous judging process by the England Golf and Fuller’s which results in the four regional finalists being invited to an awards lunch in one of Fuller’s central London pubs.

Fuller’s London Pride also support the annual ‘Winter Warmer’ and ‘Summer Swing’ medal competition for clubs, with the winner of the competition at each club receiving a prize from the brewery.

Mark Roberts, Brands Manager for Fuller’s said, “We are delighted to be continuing our work with England Golf for a further four years. Golf is a sport that continues to grow in popularity, and we are pleased to be able to support one of the most important elements of the game, its grassroots.

“We also believe there is a great fit between ourselves and England Golf with many golfers around the country choosing to enjoy a pint of London Pride, the UK’s number one selling premium ale, to help round off a great game of golf.”

John Petrie, Chief Executive of England Golf added, “The investment by Fuller’s is a great boost to the organisation and the game itself. Club members are truly the lifeblood of our game. Fuller’s recognises this and their support over the last five years on initiatives such as The Gold Medal and Club Steward of the Year has been outstanding and truly appreciated. I think the two organisations complement each other in their efforts to invest in our clubs and their members. We look forward to working alongside Fuller’s for what we hope is four more fruitful years.”