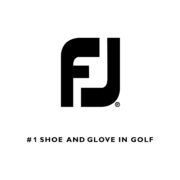 FootJoy, the number one choice of shoe amongst amateurs and golf professionals, has extended their agreement as the official supplier of footwear to The European Tour. Following the success of the initial agreement, which started in 2008, the new agreement will run until at least 2013 and will see all European Tour staff members provided with FootJoy shoes. In return, FootJoy will receive a number of marketing benefits including use of the ‘Official European Tour Supplier’ logo.

FootJoy has been a supporter of The European Tour for several years. Richard Fryer, European Marketing Manager for FootJoy, is delighted to be in a position where they can continue to develop the close relationship with the Tour. Speaking about the extended partnership he said: “We have been proud to work with The European Tour for a number of years, and announcing our continued partnership is a demonstration of this commitment and support. We look forward to working together over the coming seasons, as both organisations continue to go from strength to strength.

“We have been the number one shoe with European Tour players for many years, and it is great that we can support everyone on the Tour from greenkeepers, to referees, to event personnel, who all play fundamental roles at each event in driving the continued success of the game at the elite level.”

David Garland, the European Tour’s Director of Tour Operations, welcomed the continuing support of FootJoy. He said: “We enjoy a close working relationship with all our Tour Suppliers and the partnership with FootJoy, which was initiated in 2008, has developed over the years. Our Tour staff are delighted with the FootJoy equipment, which is essential in an outdoor sport such as golf, and we welcome the announcement of this new agreement for a further three years until 2013.”

Whether it is the all round excellence of the FJ ICON™, the reliability and consistent performance of new DryJoys Tour™, or the sports performance of the FJ Sport™, FootJoy remains the overwhelming favourite for golfers of all abilities around the world.