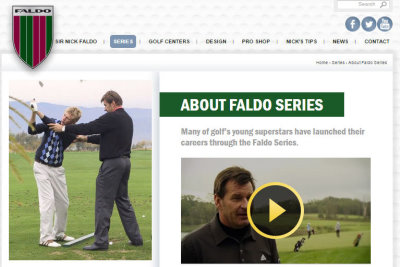 The Faldo Series has announced its UK schedule for 2015 with Pleasington Golf Club and The Dukes, St. Andrews as new hosts this year.

Continuing with last year’s popular format change, each tournament will comprise 54 holes and count towards the World Amateur Golf Ranking.

“Young golfers in the UK have benefitted from the experience of playing in the Faldo Series since its launch in 1996,” said Sir Nick Faldo. “Following its success last year, we have continued to hold 54-hole championships across the UK allowing players the opportunity to gain even more tournament experience and to compete for World Amateur Golf Ranking points.

“I thank The R&A, the European Tour, PGA Tour and the PGA of America for their on-going support which allows us to bring opportunity to thousands of talented young golfers worldwide every year.”

Alison White, Assistant Director of Golf Development at The R&A, said: “We have been pleased to support Sir Nick, a three-time Open champion, since he launched the Faldo Series in 1996. Nick’s efforts match The R&A’s commitment to golf development, not only in the UK but also across Europe, Asia and South America where the Faldo Series is active.

“We are particularly excited to see the Series make a welcome stop to The Dukes, St. Andrews during the week prior to The Open Championship in July.”

The 2015 UK schedule features six championships across England, Scotland, Wales and Northern Ireland. For an entry fee of £50, boys and girls aged 12 to 21 will play one practice round and three tournament rounds at their chosen venue.

The first three events in the schedule – Pyle & Kenfig (March 30-April 1), Pleasington (April 10-12) and Lough Erne (April 28-29) in Wales, England and Ireland respectively are open for entry until February 27. The Ireland Championship will remain a 36-hole competition.

The 2014 Faldo Series Europe schedule featured 17 tournaments in 15 countries including three in England plus others in Abu Dhabi, Ireland, Chile, Wales, Brazil, Scotland, Czech Republic, Italy, Austria, Netherlands, Germany, Poland, Slovakia and the USA. A full European schedule for 2015 will be announced in the coming weeks.

Recognised as the only global amateur series for boys and girls, the Faldo Series was established in 1996, expanding to Asia in 2006.

Today, 40 Faldo Series tournaments take place in 30-plus countries worldwide, touching more than 7,000 golfers each year. Past winners include Major champions Tseng Ya-ni and Rory McIlroy, who took his tally of professional Major titles to four with his wins at the 2014 Open Championship and US PGA Championship.