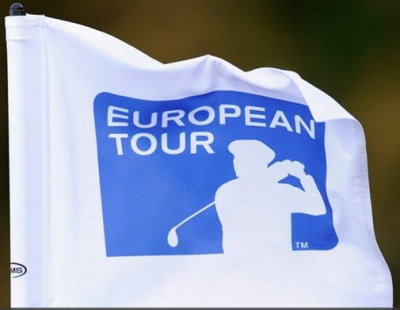 European Tour players will compete for record prize money of €166 million in The 2015 Race to Dubai – an 18.5 per cent increase on last year – thanks chiefly to the addition of seven new tournaments to the International Schedule.

The rise of €26 million from 2014’s figures has also been helped by prize fund increases for four tournaments, including The European Tour’s flagship event, the BMW PGA Championship at Wentworth Club, which had a record purse of €5million.

The addition of the US$5 million Bonus Pool, available for the top 15 finishers at the conclusion of The 2015 Race to Dubai, takes the combined prize fund for these regular events past the €100 million mark.

Three new tournaments on European soil – the €1 million Saltire Energy Paul Lawrie Match Play, the £3 million British Masters supported by Sky Sports and the €2 million Porsche European Open –contribute to a combined prize fund of €51.5 million for the 21 events held in the European Tour’s heartland this season. That figure – which is augmented by prize fund increases for the BMW PGA Championship, the Dubai Duty Free Irish Open hosted by the Rory Foundation, the Lyoness Open Powered by Greenfinity and the Aberdeen Asset Management Scottish Open – represents a 13.4 per cent increase on 2014 total of €45.4million.

Similarly, the cumulative prize funds for the 19 tournaments held outside Europe this season has risen by 10.1 per cent, from €41.6 million to €45.9 million, due largely to the introduction of four new events on The 2015 European Tour International Schedule: the US$2 million True Thailand Classic presented by Black Mountain, the $1.5 million Hero Indian Open, the $2.5 million Shenzhen International and the €1 million AfrAsia Bank Mauritius Open.

Keith Waters, The European Tour’s Chief Executive Officer and Director of International Policy, said: “It is clear from these positive figures that The European Tour is currently on a very stable footing. Our aim is to give all our Members playing opportunities in events around the world, and our robust schedule gives them the chance to do just that.

“The seven new tournaments which have joined The European Tour International Schedule in 2015, together with significant prize fund increases for some of our established tournaments, have helped create a schedule which we believe is unparalleled in its strength, variety and diversity.

“We should thank all our tournaments sponsors and promoters and the various federations for their ongoing support and commitment to The European Tour, and we look forward to the second half of a season which has already served to showcase the strength and depth of the Tour and our Members.”