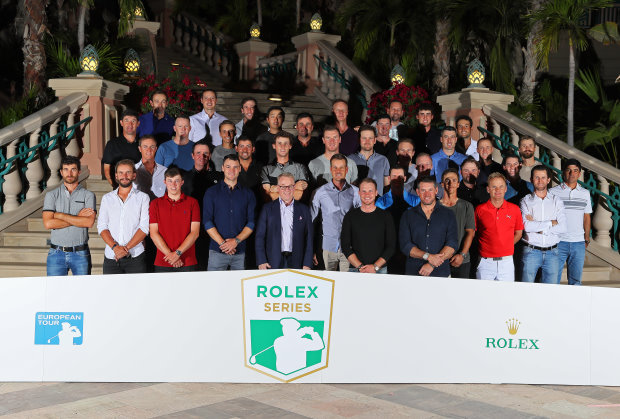 The European Tour is proud to officially announce the Rolex Series, an exciting new alliance of leading tournaments which will strengthen the golf schedule from the 2017 season onwards.

The innovative concept — launched today with the European Tour’s longest standing partner, Rolex — is one of the most significant advancements in the Tour’s 44 years and will enhance both the competitive and entertainment experience for members and fans around the world.

Keith Pelley, Chief Executive of the European Tour, said: “We are delighted to unveil the Rolex Series today and we are committed to developing and building on it over the coming years.

“The Rolex Series will celebrate the highest quality of golf and the international spirit of the game; values that Rolex and the European Tour strengthen with this announcement. We are tremendously proud to have Rolex as our partner in this exciting new venture and we thank them for their continued support.”

Today’s announcement deepens the historic bond between Rolex and the European Tour, which has seen the Swiss company be the proud partner and Official Timekeeper of the Tour since 1997.

Rolex Director of Communication & Image, Arnaud Boetsch, said: “It is with great enthusiasm that Rolex will reinforce its longstanding partnership with the European Tour by supporting the Rolex Series, an innovative advancement in professional European golf.

“Rolex has enjoyed a unique alliance with golf for over fifty years and this is the most recent development of Rolex’s enduring commitment to the game.

“Across junior, amateur and elite levels, Rolex is devoted to golf’s development worldwide, and we look forward to being a part of the flourishing future of The European Tour.”

In 2017, the Rolex Series will feature a minimum of seven tournaments in seven iconic golfing locations across the world, all offering minimum prize funds of US$ 7 million, with the DP World Tour Championship in Dubai featuring a prize fund of US$ 8 million. Plans are in place to increase the number of Rolex Series tournaments in future seasons as part of the multi-year commitment made to the European Tour by the world’s leading Swiss watchmaker.

As the scope of the European Tour expands around the world, golf fans will be brought closer than ever to the leading professionals on the world’s best courses thanks to significantly enhanced television and digital production as well as increased hours of coverage distributed worldwide.

The 2017 Rolex Series will begin in May with the BMW PGA Championship at Wentworth Club in England and will be followed by two tournaments in July: the Dubai Duty Free Irish Open hosted by the Rory Foundation at Portstewart; and the Aberdeen Asset Management Scottish Open at Dundonald.

The fourth tournament of the Rolex Series next year will be the Italian Open at the Olgiata Golf Club in Rome in October while the final three Rolex Series events will be in November, comprised of the Turkish Airlines Open at Regnum Carya Golf and Spa Resort; the Nedbank Golf Challenge at Sun City in South Africa; and the DP World Tour Championship, Dubai at Jumeirah Golf Estates.

The R&A and the USGA have announced that the release of research topics related to the next phase of the Distance Insights Project will be delayed to allow the wider golf industry to focus on its response to the ongoing COVID-19 pandemic.