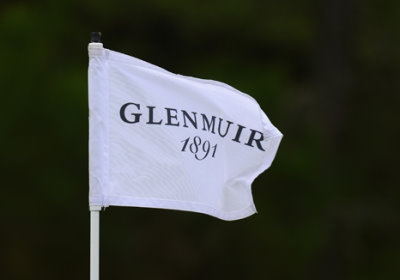 One of golf’s most enduring partnerships is set embrace a new chapter in their long and glorious history.

The PGA and Glenmuir will maintain their closes ties which have been fostered over almost three decades of support for PGA Professionals, primarily through sponsorship of the PGA Professional Championship. Sponsorship of the tournament came to a close last year, however Glenmuir and Sunderland of Scotland, which is part of the group, will still be heavily involved in PGA events this year.

Both Glenmuir and Sunderland of Scotland, who will continue to be PGA Partners, will be providing team uniform for this year’s Great Britain and Ireland PGA Cup team, uniforms for all PGA tutors as well as clothing the volunteers at this summer’s ISPS Handa PGA Seniors Championship.

The Scottish company, based in Lanark, who have also supplied shirts and knitwear to successive European Ryder Cup Teams for nearly 30 years, were keen to ensure the special bond between the PGA and PGA Professionals remained strong.

Mikhel Ruia, Glenmuir managing director said: “We are delighted to continue our longstanding association with the PGA. The continuation of our partnership reemphasises our commitment to the PGA and our dedication to serve and support grassroots PGA Professionals through our classic heritage brand Glenmuir and our performance weatherwear brand Sunderland of Scotland.

“Following on from the success of the 2014 European Ryder Cup Team clothing, we are proud to be outfitting the GB & Ireland Team as they compete for the PGA Cup in CordeValle in September. The PGA Professional lies at the very heart of Glenmuir and we look forward to embarking on our next chapter working with the PGA to support them in any way we can.”

PGA chief executive Sandy Jones, who commenced the relationship as Scottish Regional secretary, said: “The PGA and I are delighted that Glenmuir are continuing this long-standing relationship which started almost 30 years ago when they supported an event in Scotland.

“They subsequently travelled south with me when I came to PGA headquarters as chief executive and became involved in the Ryder Cup. They have been a big part of my career but more importantly a significant supporter of PGA Professionals for nigh on three decades. I am looking forward to continuing the relationship this coming year and for many more.”