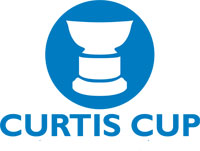 The Ladies’ Golf Union has announced the start of the formal process of securing a venue for the 39th Curtis Cup match, the historic biennial encounter between teams from Great Britain & Ireland and the USA which will be played on home soil in June 2016.

Golf clubs interested in hosting this match, first played in 1932, are invited in the first instance to lodge an expression of interest with the LGU, after which they will be asked to provide additional information in support of their application. After visiting short-leeted golf clubs, the LGU aims to announce the successful venue at the conclusion of the 37th Curtis Cup match, to be held at The Nairn Golf Club, Scotland, from 8-12 June 2012.

The original idea for the Curtis Cup was to stimulate friendly rivalry amongst players and strengthen the ties of goodwill between the nations, and making a Curtis Cup team is the ultimate goal for the top amateur lady golfer. The quality of past venues is testament to the prestige associated with the event, while past players include many household names – Laura Davies, Catriona Matthew, Paula Creamer, Michelle Wie and Melissa Reid to name but a few.

Shona Malcolm, LGU CEO, said “The Curtis Cup is a unique event.  Not only does it showcase the cream of amateur talent from both sides of the Atlantic in three days of intense competition, it also attracts a loyal, sizeable and knowledgeable band of travelling supporters. The host club can be assured of a special and successful week, some great golf, an unbelievable atmosphere and many lasting memories.”

Initial expressions of interest can be directed to the LGU at curtiscup@lgu.org or by writing to the CEO at The Scores, St Andrews. Fife, Scotland KA16 9AT.

The LGU has also taken the opportunity of unveiling the new Curtis Cup logo which will be used for the first time for the 2012 match at Nairn.