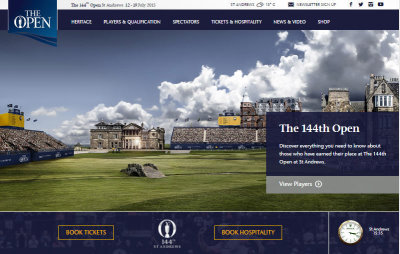 Peter Dawson, Chief Executive of The R&A, said, “The Open is one of the world’s pre-eminent sporting events. The Championship represents the pinnacle for the world’s greatest golfers and this increase is appropriate for an event with The Open’s global appeal.”

If more than 70 professional golfers qualify for the final two rounds, additional prize money will be added. Prize money will decrease by £100 per qualifying place above 70 to a minimum of £9,000.

The Open is golf’s oldest Major. Played since 1860 on links golf courses, it is the game’s most international Major Championship with qualifying events on every continent. For one week each year, the pursuit of the famous Claret Jug trophy is the focus of the sporting world, followed globally by millions of fans.

Organised by The R&A, The Open delivers an annual economic benefit of up to £100 million to its host region, while the Championship’s commercial success supports the development of the game, worldwide.

After the final round at Sunningdale, he was quick to champion the benefits of CBD oil which had helped him remain focused throughout the four days of intense competition