Callaway Apparel has congratulated staff player Steven Brown on capturing his first European Tour title with a one-shot victory at the Portugal Masters. 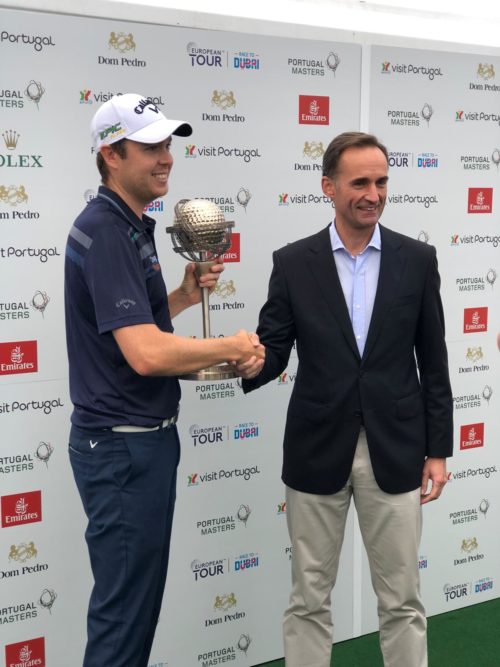 Closing with a five-under 66 on Sunday, this victory secured his Tour card for the next two years, while also qualifying him for the upcoming Turkish Airlines Open, the first leg of the Race to Dubai playoffs.

“We are thrilled for Steven’s first European Tour victory,” said Bjoern Kreutzer, Senior Manager of Sports Marketing for Callaway Golf. “Callaway Apparel provides the ultimate in performance, style and comfort, helping the world’s top players perform at their best. Steven’s maiden victory along with victories by Retief Goosen, Cheyenne Knight and Matthew NeSmith has catapulted Callaway Apparel into the winner’s circle on the world’s biggest stages.”

“It’s hard to put into words,” said Brown, who was 150th in the rankings before the win. “It was quite a weird day. You never know with this game. I’ve played well the last month and arrived just trying to get my game in shape for tour school.  I can’t believe it. I went to Turkey as the first reserve last year and didn’t get to play, so it’ll be nice to turn up and be in the field this year.”