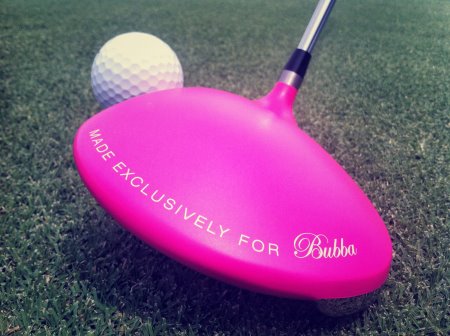 Bubba Watson needs only four drives of 300 yards or longer at The Barclays this week to reach the target of 300 drives established earlier this year with the “Bubba Long in Pink. Driven by PING” promotion.

For the season, with his all-pink PING® G20® driver, he has blasted 296 drives 300 yards or further, earning $300 from PING for each one. To date, Bubba has raised $88,800 from the company as part of the promotion during PGA Tour-sanctioned events.

In January, Watson announced the formation of “Bubba & Friends Drive to a Million,” a year-long campaign to raise $1 million for charity through his own efforts and the support of his partners and sponsors. At that time, PING launched “Bubba Long in Pink. Driven by PING,” a program that pledges $300 for every drive Bubba hits 300 yards or further (up to 300 drives). It kicked off the initiative with a $10,000 donation.

“It’s been a lot of fun this year knowing every drive over 300 yards carries a little extra incentive,” said Watson. “PING’s support of my goal of raising $1 million this season has been amazing. Between this promotion and the pink G20 driver program where they donated $50 from the sale of each driver, they’ll contribute $350,000 to charity. I’m grateful for the relationship and their continued support.”

On the season, nearly 63% of Watson’s drives have traveled 300-plus yards, the highest percentage on tour. He leads the tour in average driving distance at 315.9 yards.

The official “Bubba Long in Pink. Driven by PING” tally began with the Farmers Insurance Open. Here are Bubba’s 300-yard-drive totals by tournament:

Over those tournaments he is averaging nearly 33 drives of 300 yards or longer.