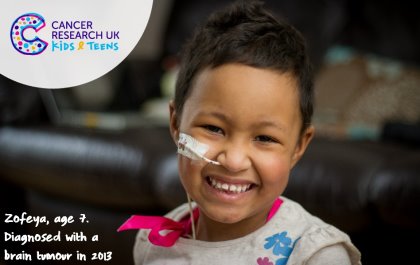 Cancer Research UK Kids & Teens has been appointed the Official Charity of the BMW PGA Championship 2016, which will take place at Wentworth Club in Surrey from 26-29 May.

Cancer Research UK is the world’s leading cancer charity dedicated to saving lives through research, and is also the biggest funder of research into childhood cancers in the UK. Kids & Teens is a campaign to raise money for research into cancers affecting children, teenagers and young adults.

Through research carried out by the charity, survival has doubled in children under 15 since the 1970s, but despite this great progress, cancer is still the biggest killer of children in the UK, taking the lives of around 540 children, teenagers and young adults each year.

For young people who do survive, treatments can be harsh and side-effects can have a devastating impact, some of which may last for the rest of their lives.

Being the Official Charity of the BMW PGA Championship, one of the UK’s biggest sporting events, will have a positive impact on funds raised and increased awareness.

Cancer Research UK Kids & Teens’ ambition is to double the amount spent on childhood cancer research over the next decade, to accelerate progress and find new cures and kinder treatments, and donations during the week will go a long way in helping to achieve this.

Claire Rowney, Director of Campaigns at Cancer Research UK, said: “This is an amazing opportunity for us to raise awareness of the work we’re doing to find kinder treatments and cures for children’s cancers.

“We are really happy to be a part of the tournament and our enthusiastic volunteers are excited about helping to raise the vital funds needed to make a huge difference to children and teenagers with cancer.”

The charity’s staff and volunteers will be at programme booths across the Championship site, from the Park & Ride car parks and the Welcome Pavilion to on-course locations such as the first tee and fifth green, requesting a voluntary donation of £2 for each Official Programme, which includes the Daily News and Drawsheet. Every penny of the donations made will go to Cancer Research UK Kids & Teens.

“The funds raised through the initiatives associated with the BMW PGA Championship will have a significant bearing on the lives of young people in the UK who are affected by cancer, and we are very pleased to be able to help in this way.”

The charity will also benefit from the involvement of Major winner Justin Rose and One Direction’s Niall Horan, who are teaming up to host their own private charity event, the Horan & Rose Gala Dinner and Golf Day, on the evening of Sunday May 29 and the Bank Holiday Monday May 30.

The pair, who are set to play together in the Celebrity Pro-Am on Wednesday May 25, will donate all proceeds from their event to the Official Charity, adding to the total from the tournament week.

The BMW PGA Championship offers six days of high quality entertainment, including Official Practice Day, Celebrity Pro-Am and four rounds of compelling competition from May 26-29. Tickets are available on the European Tour website, www.europeantour.com/tickets or by calling the hotline on 01344 840550.