“All Roads Lead To Rome” 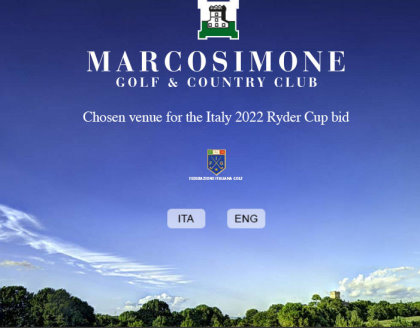 This was a common phrase used in connection with the Milliarium Aureum, the gold statue within the Roman Forum from where all roads of the empire were measured. During the recent visit to Rome by European Tour CEO Keith Pelley and Ryder Cup Director Richard Hills, Italy 2022 articulated how this ancient saying has relevance to the very modern decision of entering a partnership with the eventual Host Nation of the 2022 Ryder Cup.

Franco Chimenti, President of Federazione Italiana Golf (FIG) stated; “Roads work in both directions and the partnership we would create around The 2022 Ryder Cup Match would be equally beneficial to both sides. Even great events can become ‘bigger and better’ and we hope to build on this legacy by imparting an element of the Dolce Vita and the Italian characteristics of warmth and generosity so typical of Italy. Equally, we aim to show through the Ryder Cup the transformative effect that hosting such a major event will have on our golf tourism, participation and performance levels.”

Laura and Lavinia Biagiotti owners of the world famous fashion house and of the Marco Simone Golf and Country Club (Bid host venue) reflect on the anticipated legacy which The Ryder Cup would spark in Italy: “As you know The Marco Simone Golf & Country Club is an ambitious project designed and created with the vision to transform the 160 hectares of uncontaminated countryside around the Marco Simone Castle into a challenging 27 holes golf course. Our objective has always been to host major events and now we see the Ryder Cup taking this to an entirely new level. As such we are committed to deliver a unique world class event. The opportunity for our country – and in particular for Rome – to host the most important and globally followed golf event in the world in an elegant and effective way to make people know Italian hospitality, our history, culture and art.”

President of the Italian State Tourism Board, Evelina Christillin spoke about the impact which Rome could have on the event: “The Ryder Cup is a fabulous event with unique integrity and appeal. We embrace the opportunity to showcase incredible government support, infrastructure and proximity to one of the world’s most enchanting capital cities which we know will have a profound impact on The Ryder Cup and those following the event from further afield. Italy and Rome especially can engage its unrivalled tourism infrastructure and offer a unique welcome to the players, organisers, spectators and the global media audience. In doing so we will help grow an event that delivers a significant revenue and employment to our country. We delivered for the IOC, the Expo and we will do the same for the Ryder Cup.”

The inspirational role that The Ryder Cup will have on future generations is a key motivation behind Italy’s desire to host The 2022 Ryder Cup. Francesco Molinari, Italy’s top golfer summed this up when he said; “I grew up watching Costantino Rocca inspiring a nation in beating Tiger Woods in the Ryder Cup at Valderrama. This is what dreams are made of for every golfer, and we can only hope that the amazing talent that Italy is currently producing have the hope to play this special event on their home soil in their capital city overlooking St Peter’s Dome. I have goose bumps thinking about it.”

Hosting Ryder Cup 2022 would represent a unique opportunity for Italy and Rome as this is golf’s most important tournament and is the third most popular sport event in the world – second only to the Olympic Games and the Football World Cup for media coverage.