Rory McIlroy Nominated for Laureus Sportsman Of The Year Award 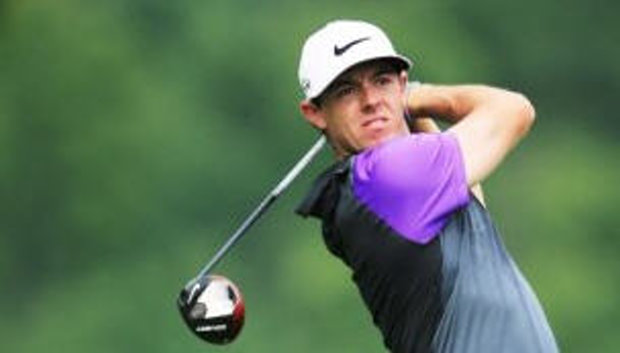 The No.1 golfer in the world, Rory McIlroy, has described his Nomination for the 2015 Laureus World Sportsman of the Year Award as ‘a prestigious honour’.

Speaking to Laureus.com, the Northern Ireland super star, who won two Major Championships last year and was the leading money winner on the US and European Tours, also said: “To be nominated for the Laureus Awards and be up against some of the greats of world sport is an honour. We’ll see what happens. I hope to win it one day.”

McIlroy will complete golf’s Grand Slam of the four Major Championships if he wins The Masters next month, just three days before the winners of the Laureus World Sports Awards are announced in Shanghai on April 15.

In the exclusive interview, McIlroy looks back on an amazing 12 months. He said: “It was an incredible year for me. I got off to a decent start, it was solid. I didn’t have any wins for the first five months. My first win of the year was at Wentworth [European Tour PGA Championship], a course that I’ve historically not played very well. This was a huge confidence boost for me and set me up for the summer.

“Once you get on a roll and you have some momentum, you just try and ride it as long as you possibly can. I was able to hold on to it the whole way through the summer and pick up a couple of Major Championships. You’re always hoping that you’re going to have a successful year, but you don’t expect to win two Majors in a row or to play the golf that I did.

“To be 25 years of age and to have all these accolades and to have four Major Championships to my name already is very special. But, at the same time, I’m just embarking on my career as a professional golfer and I want to maximise it as much as I possibly can and try and win even more. 2014 was an absolutely incredible year, but hopefully I’ll have more years like that in me as well,” he added.

Laureus World Sports Academy Member Gary Player, one of just five men who have completed the Grand Slam of golf, added his congratulations. “If Rory can continue to stay happy and healthy, he’ll be the next Grand Slam winner – he’s only got The Masters to add to his growing collection. He’s on top of the world right now, with tons of confidence. I told him the day after his first Major that I for one truly believe that he can do it. If he does not win the Masters in 2015, I believe it will only be a matter of time.”

In the interview Rory was asked to pick his three key moments of the year. He opted for:

“The win at Wentworth. It had been 17 months since I had won on the European Tour, so it had been a long time coming. To win there was huge and to birdie the final two holes and to post a number that was good enough to win, was very satisfying.”

“How I finished on Saturday evening at the Open [Championship]: from being one shot in the lead playing the 14th, to finishing that day with a six shot lead with two eagles in the final three holes. The two iron shots I hit into the 16th and 18th were two of the best shots I hit all year.”

“Standing on the 10th fairway of the final day of the USPGA at Valhalla, being three behind and hitting that three wood that was, admittedly, a little lucky, and making eagle to produce a charge on the back nine to overtake the likes of Phil Mickelson, Rickie Fowler and Henrik Stenson. I proved to myself that I can do it when I’m coming from behind.”