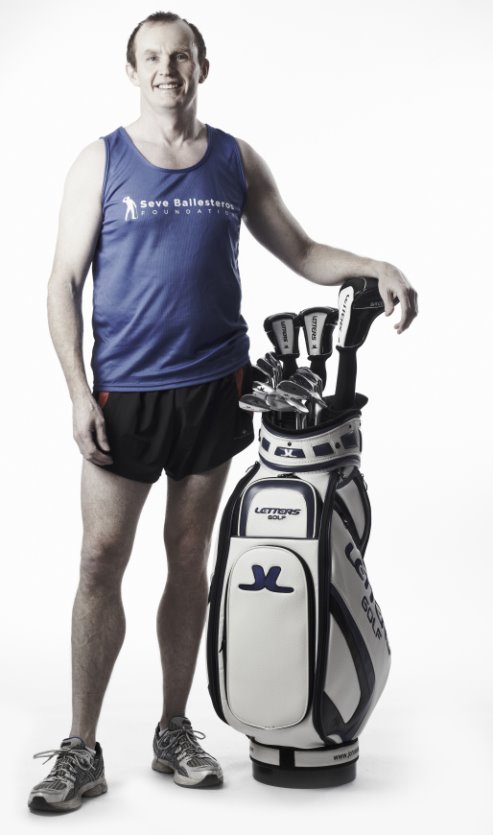 Direct GolfUK announces that Chairman John Andrew is to run the 2012 Virgin London Marathon in aid of the Seve Ballesteros Foundation.

On 22nd April 2012, wearing the iconic number 1984, the year that Seve famously won The Open Championship at St. Andrews, Class AA PGA Professional Andrew will take on the 26 mile course in a bid to raise vital funds for the Foundation and their research into brain cancer.

The 44 year-old owner of Direct GolfUK, commented: “As a PGA Professional and golf business owner, it’s an honour to be wearing the number 1984 and be taking part in the 2012 London Marathon. Seve was a hero of mine growing up and his foundation is such a great cause.”

It was while John Andrew was a guest of Your Golf Travel Managing Director, Andrew Harding, at the Viva la Vida event in December, the fundraising evening that took place at the Natural History Museum in London to mark the two year anniversary of the Seve Ballesteros Foundation’s partnership with Cancer Research UK, that he learned he would running the marathon.

Having already secured his own place, Harding bid a very generous £8,000 in an auction that evening for a place in the 2012 London Marathon for the Direct Golf UK Chairman; a bid that was matched on the night by John Andrew and Direct Golf UK, as the foundation raised nearly £340,000 to help take the total raised by the Seve Foundation to over £2 million.

“I’ve got Andrew Harding from Your Golf Travel to thank. He surprised me by buying the place and then completely shocked me by asking me to run it! I have never run a marathon before – so I came away from the evening having spent £8,000 and having to run 26 miles! Andrew is real fun at parties and I am going to get him back one day” explained Andrew.

Never afraid of a challenge, having taken Direct GolfUK from one store in Huddersfield in 1991 to 20 stores across the UK to become the leading multi-channel golf retailer in Europe, Andrew faces one of his biggest tests on the streets ofLondonin April.

“Viva la Vida took place in December – so I’ve only had a short period of time to prepare. With just 40 days to go – I’ve got strict training schedule and I’m looking forward to one of my biggest personal challenges and raising some much-needed funds” added the energetic Yorkshireman.

Direct GolfUK has done a lot over the past couple of years to support the Seve Foundation, but this is a great personal commitment from the Chairman, where the sole intention is to make as much money as possible for Seve and Cancer ResearchUK.

To support John and help raise funds for the Seve Foundation please go to www.direct-golf.co.uk/seve for more details.