Deeside’s Debbie is Best of British 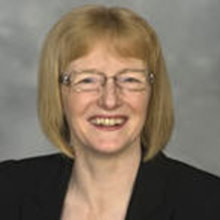 Debbie Pern is only the second woman to have won the competition and was presented with her award at a ceremony held in Walton Heath Golf Club, Surrey on Wednesday 27th March.

Debbie Pern joined Deeside Golf Club in September 2004 as the Club’s first professional Club Manager/Secretary. Previously she had worked at the Craibstone Golf Centre and this coupled with many years experience in the catering industry were invaluable in recruiting, training and developing a new team.

Arguably Debbie’s greatest achievement was being heavily involved in the £1.8m building of a new clubhouse, immediately after being appointed manager.

Furthermore, she led the conversion of an unused flat in the clubhouse into a thriving 30-seat conference centre that attracts several external functions per month, and has expanded the club’s catering operation around during her tenure.

Debbie stated that she was thrilled to win the award but stressed that it is a team effort and a fantastic accolade for Deeside and all the team.

She said: “I’m delighted to have won, but the achievements recognised were not done on my own. There’s a team at Deeside and they’ve all played their part in contributing to this success.”

Club captain Neil Harper added: “The club is absolutely delighted to hear of Debbie’s achievement. She is a key part of our senior management team and central to much that is great about Deeside Golf Club and its smooth running.

“Members appreciate her capabilities, dedication and cheerful disposition and, with some of them having nominated her, coming out first from a long list of excellent candidates shows Debbie impressed the judges with her style and input to Deeside.”

Deeside Golf Club is in the village of Bieldside (where Paul Lawrie lives) on the western suburbs of Aberdeen . The River Dee flows along the bottom reaches of the courses (18-hole and a nine-hole).

Paul Lawrie is an honorary member and his two sons, Craig and Michael, are members.