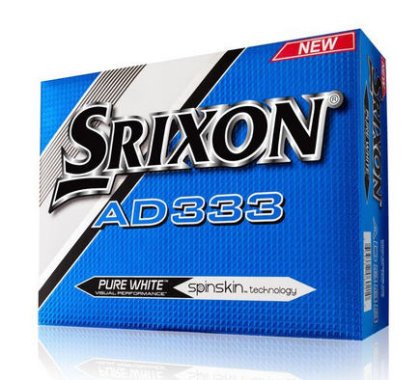 Available in stores from mid-September 2015, the new Srixon AD333 is the 7th generation of the UK’s best-selling 2-piece golf ball*. The AD333 is targeted at golfers with club head speed of 80mph or greater who are looking for maximum distance and excellent feel.