The SeeMore Putter Company is introducing its new RST Hosel series of Plumber Neck design putters in seven models at the 2020 PGA Merchandise Show in Florida.

SeeMore’s new RifleScope Technology Plumber Neck Hosel is a fluted barrel hosel that brings a unique approach to the classic offset plumber neck design preferred by many golfers, where the hands will be slightly forward of the ball at address and at impact. 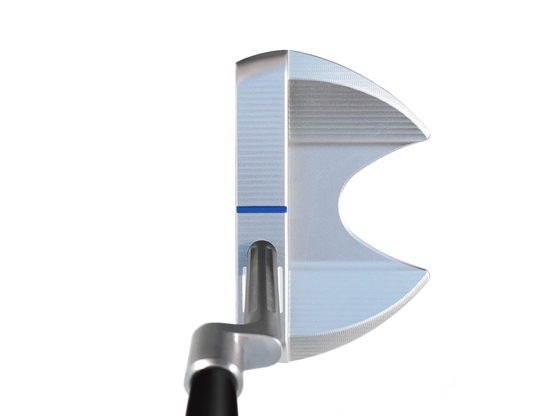 By hiding the red dot, using the lower portion of the new RST Hosel, golfers now have an exciting new option within the SeeMore lineup. RST provides a true reference point for the golfer leading to an improved set up, stroke, and more made putts. It also guarantees that the putter face will be square to the target at set up, address and at impact, with the loft of the putter also set the same every time giving a consistent roll on every putt.

Another unique benefit of the RST Hosel is that the base of the Plumber Neck enters the head on a single plane angle, at 70 degrees. The design offers an entry point of connection closer to the sweet spot than a standard Plumber Neck, leading to improved feel and balance.

“Our goal in 2020 is to continue to educate the consumer about the great benefits of all SeeMore putters and our proven RifleScope Technology alignment system”, said SeeMore CEO Jim Grundberg.  “We plan to do this directly via our website at www.SeeMore.com, and through our global team of certified fitters and instructors. But there is no question that the addition of the new RST Hosel Series has created a huge level of excitement and interest during the development phase from everyone we have shown it to.”

Cody Hale, SeeMore’s Director of Tour and Fitting Operations, said: “The feedback from top fitters, instructors, and tour players involved in the testing and refinement of the RST Hosel Series has been incredible. They are telling us that this innovative new design has a universal appeal, combining all of the technology that has always made SeeMore putters great, but in a way that now delivers it to golfers in a look that they cannot wait to put into play.”