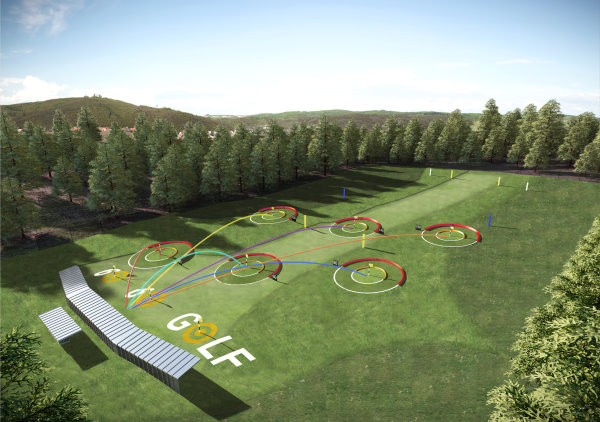 60 60 Golf is about to embark on a series of more than 50 Demo Day Roadshows at driving ranges all over the British Isles.

The Roadshows are designed to raise the profile of 60 60 Golf within the British golf market and at the same time will feature a series competitions aimed at unearthing Britain’s most accomplished range golfer.

60 60 Golf’s 2013 Demo Day tour will start at Stonelees Golf Club in Ramsgate, on Tuesday  and will then visit upwards of 50 other ranges before crowning Britain’s Best Range Golfer in early May

All the 60 60 Golf Roadshows will be publicised in advance via local media, a poster and leafleting campaign and through both the range’s and 60 60 Golf’s existing databases.

The events will all be managed by 60 60 Golf Staff who will ensure the demo pitch is installed to exact specifications and will also help with organising a series of competitions testing long game, short game and scrambling.

The competitions will be divided into separate categories for men, ladies, seniors, junior boys, junior girls, mini-hitters and the disabled with prizes being awarded to the winners at each venue and also for the players who achieve the highest score during the course of the 50 Roadshows.

“We decided to put together the Demo Day Roadshow programme to heighten the profile of 60 60 Golf and to show a large number of golfer just how much fun the new game can be,” said the game’s founder, Craig Higgs.

“We deliberately set out to take the Roadshow all over the country and are convinced it will be very popular everywhere we go.”

Golfers who are interested in attended one of the Roadshows will be asked to pre-register via ipad or at their participating local range. Pre-registration will be encouraged but participants can also sign up on the day of the event.

60 60 Golf was launched in the middle of 2012 and has already proved to be a popular alternative to the more traditional form of the game.

The 60 60 Golf format is designed to be quick and affordable and gets its name from the fact that participants can hit 60 shots in the space of an hour. It offers participants multiple game options but the basic idea involves hitting shots at a series of different targets which 60 60 Golf provides when a range installs the concept.