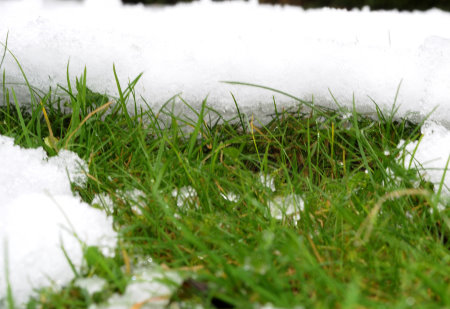 Syngenta Technical Manager, Dr Simon Watson, reported Medallion TL had performed exceptionally well so far in the company’s new product development trials this season. “The 2012 trials have confirmed that Medallion TL can provide extremely powerful long-lasting protection going into the winter season. One trial, at Birchgrove Golf Club in Essex, showed almost complete control 11 weeks after a two-spray programme, whilst over 25% of the untreated areas were affected by disease patches.”

Another Essex trial, at Stoke by Nayland Golf Club, but applied slightly later in the season onto clean turf, also showed complete control from the Medallion TL programme, compared to 13% of the untreated area affected by Microdochium Patch six weeks after the end of the treatments.

“Clearly these trials results reinforce the most effective approach is to be proactive with treatments ahead of disease infection,” advised Dr Watson. “The early application takes full advantage of the long-lasting effects of Medallion TL and the reduction of infective spores in the thatch. This gives the best chance to maintain turf cover and high quality playing conditions right through the winter.”

However, with later applications where disease was already present at relatively high levels at the time of treatment – up to 8% infection – the Medallion TL programme still protected against disease getting worse and stopped further turf loss as effectively as any other fungicide trialed. Left unchecked, the disease continued to spread and multiply two-fold within a month.

“The key learn we have seen from these 2012 trials is that with the longevity of Medallion TL protection, going in early before disease breaks out is the best approach,” Dr Watson added.

The Syngenta 2012 fungicide trials programme, undertaken by independent trials and turf agronomy specialists, is a further part of the company’s dedicated turf R&D investment. Syngenta has launched five new products in the past five years, alongside the breakthrough innovations in application technology and decision support tools on the GreenCast website.

Syngenta turf products are distributed in the UK by Everris. www.everris.co.uk