Golf in England: More Accessible Than Ever 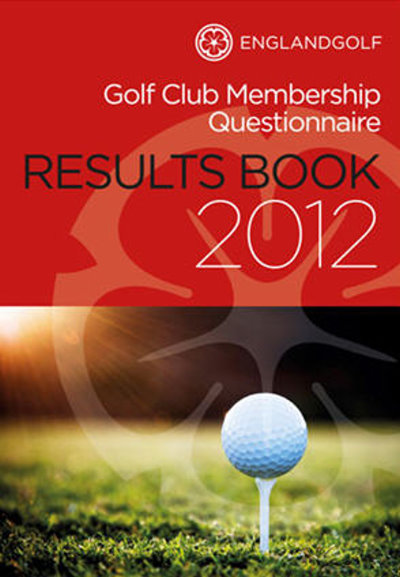 According to new research, golf clubs in England are more accessible and inclusive than ever before.

Feedback from England Golf’s 2012 Golf Club Membership Questionnaire shows that clubs are becoming increasingly flexible and customer-focused as they strive to attract new golfers and to recruit and retain members.

The main findings of the research are highlighted in the Results Booklet, which includes information and ideas for golf clubs. The survey also helps England Golf to direct national strategy and to show where resources will be best used in future.

Richard Flint, England Golf’s Development Manager, said: “These are very difficult times for golf clubs, both in terms of the economy and overcoming the effects of the wettest summer for 100 years. But, it is encouraging to see clubs responding to these challenges in creative and imaginative ways and putting their customers at the heart of everything they do.

“England Golf is here to support golf clubs and we urge clubs to take advantage of this and to work with their County Golf Partnership (CGP) to recruit and retain members.”

The research shows that most (85%) of the 576 clubs which have maintained or increased their membership figures over the last two years are working with their CGP and/or are involved in England Golf programmes.

In total, 25% of golf clubs which responded to the questionnaire have experienced an increase in members in the last two years. This is despite an overall drop in membership nationwide. England Golf will be examining these golf clubs in more detail to establish how they are achieving success.

According to the research, more golf clubs are offering a range of membership categories, including flexible, corporate, student and intermediate.

They are adopting a wider range of initiatives to attract members and increasingly working with their County Golf Partnerships to recruit and retain players. Over the past four years, the CGP network has introduced more than 154,000 people to golf, with 4200 memberships reported to date.

Clubs are also becoming more innovative in their promotion and marketing, with a marked growth in the use of social media alongside established communication.

Almost all clubs which responded (94%) have membership vacancies and a growing number of clubs are abandoning entrance fees. More clubs are also staggering fees over the transition period from junior to adult ranks.

The encouraging trends are also reflected within clubs’ junior sections. More clubs (62%) now have a Child Welfare Officer – highlighting the importance of safeguarding within the golf club environment.

More clubs are doing away with specific demands around junior playing standards and course restrictions, demonstrating that U18s are increasingly seen as an integral part of the club. This is reflected by the number of clubs – now 600 – which have achieved the GolfMark Award from England Golf in recognition of their junior and beginner friendly facilities.

In addition, a growing number of clubs now allow juniors to play in all adult/main competitions. Almost all clubs (97%) offer group junior coaching and this is increasingly available to both members and non-members.

The 2012 Golf Club Membership Questionnaire was returned by 40% (777) of affiliated golf clubs. The Results Booklet can be downloaded at englandgolf.org/GCMQ