Stroke survivors around Wales will get the chance to use golf as part of their recovery following the success of a pilot scheme run in partnership with the Stroke Association. The scheme received a boost in the R&A’s Golf and Health Week, with a focus on golf for everyone.

Following the Wales Golf pilot of the New2Golf/Back2Golf scheme, initially based at Parc club between Cardiff and Newport, the national rollout is taking place around Wales in 2019. 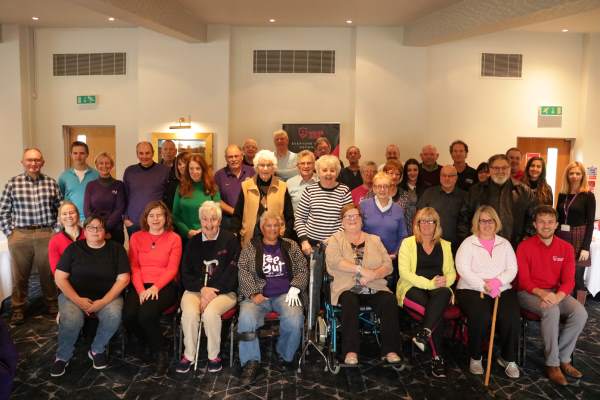 The results of feedback from the pilot scheme show there were health gains in every area for those who took part, with the greatest gains being confidence in golfing ability, fitness and health.

Analysis of participants from some of the groups shows the sessions have helped 92% feel more confident, 100% meet new people, 88% feel less stressed, 88% feel less alone and 100% to get out more.

Participants rated the programme highly, no aspect was rated as ‘poor’ or ‘very poor’ by those taking part. Indeed, the main ‘criticism’ was that there could be more of the sessions.

At the start of the scheme fewer than half of the participants were confident about their golfing ability. By the end, everyone was confident in every area. Two of those involved have since joined a golf club or golf academy.

The most popular aspects of the scheme were meeting people, learning something new, coaching and being outside.

“Wales Golf are delighted with the pilot scheme we ran with the Stroke Association and also the feedback we have had since it finished,” said Wales Golf director of development Hannah McAllister.

“The scheme shows the power of golf in helping stroke survivors, both the social side of the sport and being about to get out and about.

“Golf is a sport for all abilities to enjoy, this is the perfect example of this. The early signs are that golf can play a significant role for both new and lapsed golfers.

“We ran the scheme for 10 groups and around two thirds are continuing to play or get coaching at their clubs. We held two celebration events to bring everyone together which were special occasions in their own right.

“The health improvements shown by the scheme mean that links have been made with GP referral to develop projects in Newport.

“The programme will continue and grow in 2019, thanks go to our team and all those involved in delivering something which has meant so much.”

Anyone interested in taking part in the scheme, or who knows someone who would be, please contact Wales Golf – details on the Wales Golf website http://www.walesgolf.org/find-beginner-session-inclusive-coach/