Scion of Golf’s most powerful family to speak at APGS 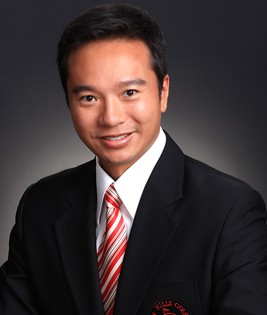 Mention Mission Hills China to golfers anywhere in the world and there is almost universal recognition of the name and instant acknowledgement of its global leadership position.

Mission Hills, which encompasses two sprawling golf facilities in Shenzhen and Haikou in China, is the largest golf complex in the world.

A key driving forces behind this expanding operation is Tenniel Chu, one of two scions of the controlling family behind the Mission Hills Group, the other being Dr. Ken Chu, who is the chairman of the Group.

Tenniel, who is the vice-chairman of the Group, will be a special VIP guest speaker at the 2012 Asia Pacific Golf Summit to be staged in the oil-rich Sultanate of Brunei Darussalam on 11-13 December.

“Tenniel is an old friend of the Asia Pacific Golf Group (APGG) and we are very honoured to have him speak at the Summit,” explainedMike Sebastian, chief executive officer of APGG, the owner and producer of the Summit.

“Tenniel’s address will examine how the group is playing a major role in delivering world class golf courses and the tremendous on-going effort to grow the game both in China in particular and in Asia in general,” added Sebastian.

Besides his executive involvement with the Mission Hills Group, Tenniel is also the Secretary-General of OneAsia, the elite professional tour of Asia. In this capacity, he will sit on a high powered panel that will explore the topic entitled: “Professional Tournaments – Is this good for your club and what impact can it have?”

Tenniel is part of a very impressive list of international speakers drawn from all over the world who will be speaking on a variety of important issues which impact the day to day operations of the thousands of golf clubs in the Asia Pacific region.

Booking for the 2012 Asia Pacific Golf Summit  is open at: https://secure.golfconference.org/