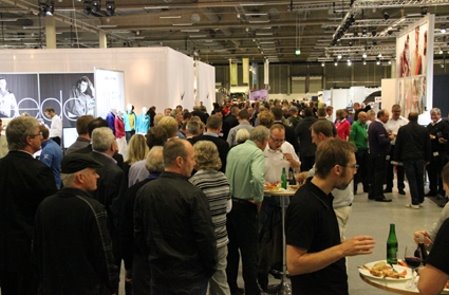 The idea of a ‘Nordic Exhibition’ has emerged as the many suppliers have long wished for an opportunity to meet retailers from several countries at the same time, making the sales process more effective, saving time and money for everyone in the industry.

“The Nordic Golf Show is a very good idea, especially since the Nordic golf market is very large, with over one million golfers. Everyone in the industry has much to gain from greater coordination of purchasing processes. The future is a Nordic Golf Show and now we have taken the first important step,” said Anders Westerlund, project manager for the Nordic Golf Show.

The show was held on 3-5 October at new Malmömässan and attracted over 1,400 visitors, an increase of 20 percent compared with the last Swedish golf show in Jönköping. It is a very good result considering that it was premiered a new exhibition concept.

The number of exhibitors was also a success – over 80 exhibitors, including all the major brands with sales representatives from all the Nordic countries – in total, there were well over 200 different brands at the show.

“This was a welcome initiative for us in the industry, which has long wanted a Nordic platform that provides us with important synergies. With more visitors the exhibitors can spend more, and buyers can see the full range and do all their business at the same time,” said Marius Dahlen, Sales Manager Norway and Iceland at Callaway Golf. 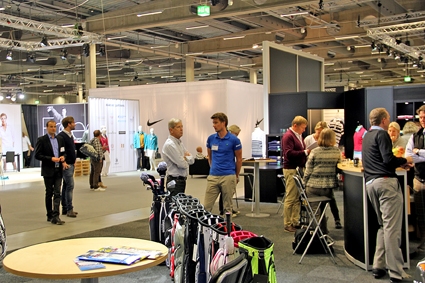 “To be the first golf show for the Nordic region it was very good and clearly demonstrated that this is a solution for the future with great potential and lots of benefits to the industry,” said Alvah Routledge, Chairman of the PGA of Denmark who decided not to organize its traditional show in Vejle this year, but instead focus entirely on the Nordic Golf Show.

The result was almost 200 visitors from Denmark and at the same time many larger retailers also came from Norway, Finland and Iceland.

Sweden, of course, had the largest share of visitors, but as the show develops and becomes more established, the goal of the Nordic Golf Show is to be trade show for the entire Nordic golf industry.

When the show focused on being a trade show, it was important to create opportunities for networking and spontaneous meetings, this was partly done by the After Work event. Prices were also awarded to the Merchandisers of the Year, retailers in front, on the Swedish market. Happy winners were Peter Hansson Golf in St Arild and Dormy in Örebro. The goal for next year’s awards is that the ceremony will include more Nordic countries.

Next year’s show will be arranged at Malmömässan, Malmö, Sweden 2-4 October 2013.