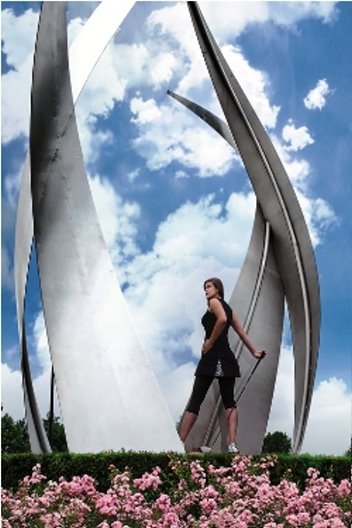 Europe’s top women golfers could be swapping the fairways for the catwalk this season after the Ladies European Tour agreed a partnership with DenBosch Golf Fashion Week.

The first global Golf Fashion Week is taking place at Brabanthallen in the Netherlands from 5-11 March. More than 500 VIP guests will be invited to the world-class event, which will feature an invitational golf tournament, cocktail party and golf fashion week.

The Ladies European Tour players are being asked to model in the show, based on Milan Fashion Week. The LET’s professional golfers are also being invited to play in the Golf Fashion Week Invitational: a nine-hole tournament where all of the participants will be judged not only on their golf, but also on their attire.

Their score will consist of a net nine-hole front nine score and a ‘back nine score’ based on the player’s fashion credentials according to the celebrity judges. Therefore the winner of this tournament may not be the best golfer, but rather the best dressed participant.

The LET’s executive director Alexandra Armas explained that the event will reinforce the LET’s core values, which are “chic, diverse and engaging”.

“Through this event, we will have the opportunity to show the world of fashion who we are,” she said. “We would like to show that the Ladies European Tour is not only a company dedicated to promoting and developing women’s golf tournaments but also that our members are chic, diverse and engaging individuals with the skills and talents to compete on and off the course.

The co-chairman of the Golf Fashion Week, Auke Hempenius, commented: “Golf Fashion Week is thrilled to partner with the Ladies European Tour. It is no co-incidence that the LET is the first professional players’ tour to partner with us. Let’s face it: women are more fashion conscious than men. The LET will assist us in presenting Golf Fashion Week as we have intended it: a global multi-media golf fashion happening where Fashion meets Golf. We are looking forward to welcoming staff and players of the LET to Den Bosch in the Netherlands from March 5th – 11th for a truly memorable event.”

The LET has a strong connection with the Netherlands. The tour currently has six members from the country including Christel Boeljon, a member of the victorious European Solheim Cup team in Ireland in September, who was the first ever Dutch player on the team in the 22-year history of the event.

The Deloitte Dutch Ladies Open is one of the longest established tournaments on the LET schedule and has been played at a variety of first class venues. In 2011, England’s Melissa Reid earned the title at Broekpolder Golf Club nearRotterdamto which the tour will return for the 2012 event at the beginning of June.