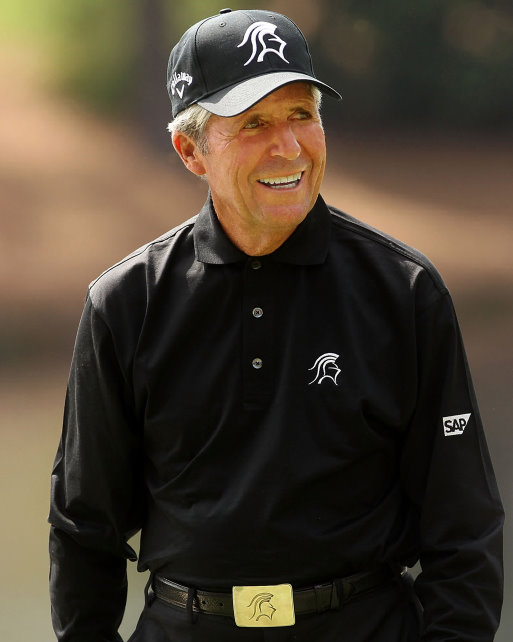 South African golfing legend Gary Player will join victorious European Ryder Cup captain Colin Montgomerie as part of a star-studded cast being lined up to appear at Golf Live in May.

Player, who won nine Major titles during a glittering career that included 165 victories worldwide, will be on hand to display his full array of talents in a variety of clinics and skills challenges when it is held at London Golf Club, Kent, from May 18-20, 2012.

In addition, the 76-year-old, who is the only non-American to have won all four Grand Slam tournaments and is one of the world’s most travelled athletes, will meet and pass on advice to visitors throughout the three-day show.

James Goode, Golf Live’s event director, said: “It’s our aim at Golf Live to attract some of the biggest names in golf and they don’t come much bigger than Gary Player.

“The word ‘legend’ is often used in the world of sport but it truly applies to a man who has broken down barriers during his time in the game.

“He has been responsible for taking golf to a whole new level through first his career, then his work as a golf designer, as well as devoting much of his life to philanthropic efforts. We are honoured that he has agreed to attend this year’s event, which we are planning to make the biggest and best yet.”

Player said: “The world of golf is evolving all the time and I’m delighted to have been asked to be a part of Golf Live. I love coming to theUKand to have the opportunity to interact with the crowd is very exciting.”

Golf Live offers unrivalled opportunities for visitors to interact with the biggest names in golf and this year’s event – the third time it has been held – promises to be no exception.

Event ambassador Montgomerie has already signed up to return for 2012 and a strong line up of players from both the men’s and ladies’ Tours is set to be announced to appear alongside him and Player in the run-up to May.

The show will also feature the latest equipment from all the major manufacturers when British golfers will have the best opportunity this year to test more clubs than anywhere else.

Brands including TaylorMade, Callaway, Wilson, Cleveland, Mizuno, Yonex and Cobra have already signed up to the event and will showcase their equipment on the specially-constructed 30-bay driving range.

With so many clubs to try, golfers will want to ensure their swing is in top condition and can do just that with free coaching on offer from a host of fully qualified professionals as well as picking up tips from the Tour players throughout the day.

In addition, visitors can discover the hottest golfing destinations, latest fairway fashions, cutting-edge game-improvement gadgets and gizmos and everything else golf-related.

Tickets cost just £20 for adults while under-18s can get free entry. For more information or to buy tickets visit www.golfliveevent.com.

Golf GameBook has partnered with British Junior Golf Tour (BJGT) for the next three years in an effort to provide a unified and holistic tournament experience for junior golfers in the UK and beyond.