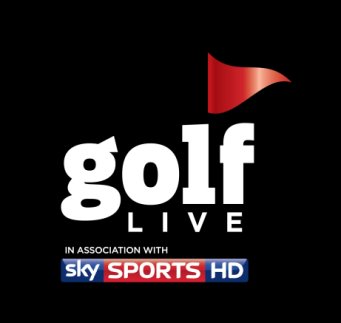 Golf Live is renowned for bringing some of the biggest stars in golf together but they won’t be the only famous faces on show at the London Golf Club this month with Radio 2 breakfast show presenter Chris Evans leading a stellar line-up of golf-loving celebrities at the event.

The One Show host is renowned for his love of golf and Evans will be indulging that passion alongside Formula One driver Heikki Kovalainen and supermodel Jodie Kidd at the world’s leading interactive show of its kind, which takes place from 18-20 May.

The famous faces will be taking part in a variety of clinics, skills challenges and competitions alongside a host of professional golfers, including Ryder Cup winning captain Colin Montgomerie, nine-time Major winner Gary Player and European Tour stars Thomas Levet and Pablo Larrazabal.

And some of the most respected broadcasters in golf will be on hand to talk fans through the action. Legendary “Voice of Golf” Peter Alliss will be joined in commentating duties by fellow BBC presenters Andrew Cotter and Iain Carter and Sky Sport’s regular and former Walker Cup and European Tour star John Hawksworth.

Visitors to the golfing extravaganza will not only have the chance to see their favourites in action but can also interact with them face-to-face as the roster of professionals – which also includes Solheim Cup winning captain Alison Nicholas, Ladies European Tour players Melissa Reid, Carly Booth and Henni Zuel, and European Tour winners Rhys Davies and Oli Fisher – will be mixing with fans throughout the event.

As well as meeting and learning from the big-name golfers, golf fans will have a host of interactive features to enjoy, including free golf lessons; club-fitting; the opportunity for a Golf Monthly swing MOT; stunning displays from the 2010 world long-drive champion Joe Miller and world-renowned trick-shot artists Jeremy Dale and Paul Barrington; and autograph sessions from all the star golfers, including Montgomerie signing copies of his new autobiography which is being specially released for the show, while on-site catering is supplied by Jamie Oliver’s Fabulous Feast team.

Virgin Atlantic flights are available to be won in daily competitions, including long-drive, nearest the pin, putting and events in association with the Seve Ballesteros Foundation and Scotland– the Home of Golf.

Lee Westwood’s coach, Pete Cowen, will share his swing methods and secrets while consumers will have the chance to try out the latest in golf club technology from the game’s top brands including TaylorMade, Callaway, Wilson, Cleveland, Mizuno, Yonex, Cobra, Archer Golf, Lynx and PSP, who will all be demonstrating their latest equipment on the show’s 30-bay outdoor driving range.

In addition, the likes of Sub70, Sligo, Powerbug, Asbri, Loudmouth Golf, Qod and Snooper will also be among the impressive cast of companies involved.

As well as being able to watch, listen to and ask questions of the star-studded cast during the three-day show, people also have the chance to play alongside the Tour professionals with Golf Live’s Heritage Hospitality Package available for just £375 plus VAT per person.

Tickets for Golf Live cost just £20 for adults while under-18s can gain free entry by registering on Golf Live’s website.

To enquire about booking a hospitality package, phone 020 7471 1080 and for more information or to buy tickets visit www.golfliveevent.com