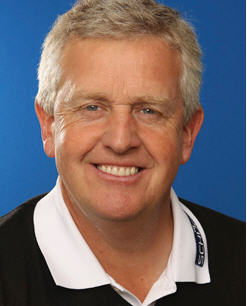 European golfing great Colin Montgomerie has predicted the emergence of a rash of Major championship winners from Asia over the next decade.

In a taped interview for the Asia Pacific Golf Summit (APGS), which teed-off at the award-winning Empire Hotel & Country Club, the Scotsman said he anticipated a minimum of half-a-dozen Major championship wins from male Asian golfers in the coming years.

“We have four Major championships a year, so that’s 40 Majors in the next 10 years. In that period, I’d expect six or seven of those championships to be won by Asian players, if not more. That’s a massive geographical switch to the East,” said the eight-time European Tour Order of Merit champion.

To date, the solitary Major championship victory by an Asian man was delivered by Korean Yang Yong-eun, who held off Tiger Woods down the stretch to triumph in the US PGA Championship at Hazeltine in 2009.

“The quality of Asian golfers has improved tremendously in recent years and it’s just a matter of time before we see more Major winners from Asia,” added Montgomerie.

Unable to make the trip to Brunei in person, as originally planned, due to a foot injury, Montgomerie also spoke extensively about his hopes for the growth of the game across the region.

Wearing his hat as a budding golf course architect, Montgomerie acknowledged that with the decline in growth of the game in the United States and parts of Europe, the golfing industry is now looking to Asia to take the lead.

He said: “It is encouraging for golf course designers such as myself that there are opportunities in Asia. Europe and America are fairly stagnated in terms of golf development: in America they are still feeling the effects of recession, and more golf courses closed than opened there last year. Golf is moving East, and to the Far East in particular.”