London Golf Club is celebrating its 25th anniversary in 2019 and will be marking the occasion with a Members & Guests 25th Anniversary Cup on Wednesday, July 10.

The club officially opened in July 1994, with the Charity Challenge Skins Match played on the Heritage Course. Jack Nicklaus – the course designer – battled with Seve Ballesteros and Tony Jacklin, but in the end Seve’s magical short game helped him win. Since then both golf courses have hosted many professional events.

The Jack Nicklaus Signature Heritage course, host to the 2008 and 2009 European Open, forces you to consider every single shot. Dramatic tee shots and daunting approaches make this course both memorable and challenging. 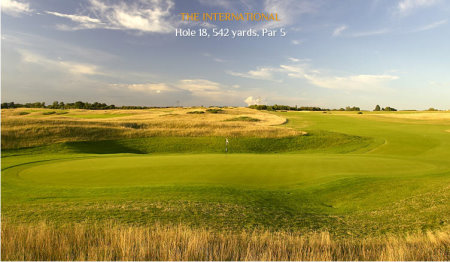 The Nicklaus Design International course is undoubtedly one of the finest down-land courses in Europe. The course is punctuated with exciting risk and reward tee shots over water that really get the heart pumping. The International has hosted several notable events, including the 2014 Volvo World Matchplay Championship, and the 2018 and 2019 Staysure PGA Seniors Championship.

“I want to congratulate the club for the 25 years. We’re very proud to be part of it and wish the team a continued success,” said Jack Nicklaus.

As the only Joint Venture Partner Golf Club of the European Tour, and a part of the prestigious European Tour Destinations, IMG Prestige and Pacific Links networks, London Golf Club provides an oasis of golfing tranquillity in 700 acres of idyllic Kent countryside, just 20 miles from the Capital.

Stephen Follet, the London Golf Club’s chief executive, said: “The whole London Golf Club team is extremely happy to celebrate these 25 Years of history. It’s an important mark for the venue and we’re looking forward to seeing members & guests celebrating with us on the 25th Anniversary Cup. The club had the pleasure of hosting major European Tour events over the past few years and it’s fantastic to be able to host the Staysure PGA Seniors Championship once again, in such a special year for us.”

Tickets are now available for the 2019 Staysure PGA Seniors Championship, which is being held at London Golf Club from August 1-4. For more information, visit www.europeantour.com.