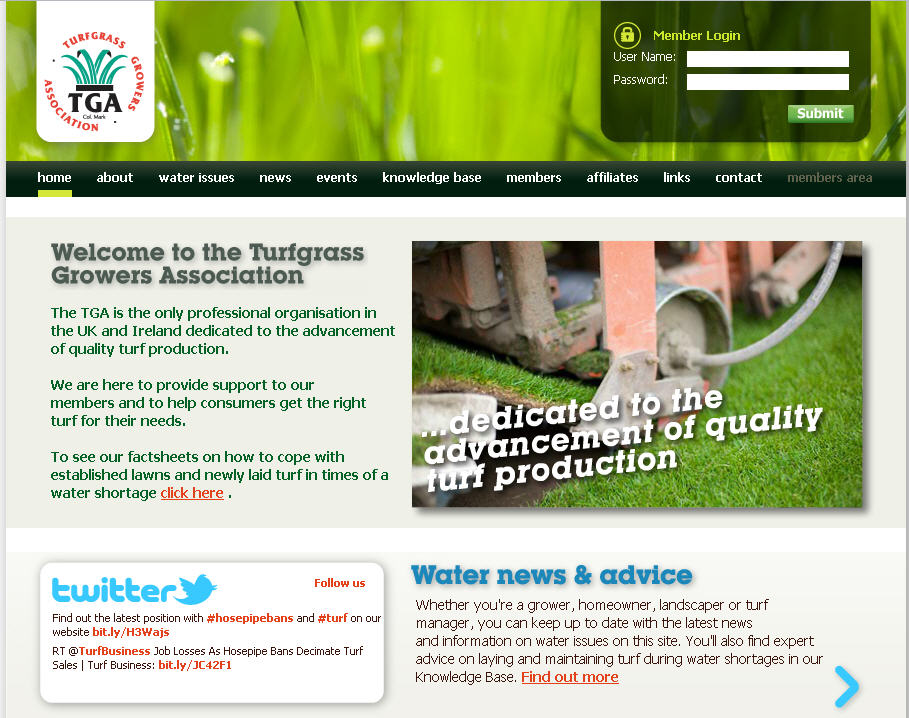 Member of the Turfgrass Growers Association (TGA)who supply to the seven UK water company regions where hosepipe bans are in place have described the impact on their businesses as “very serious” and “devastating”.

The Association contacted all of the major suppliers of turf into the areas with TUB’s and asked them a series of questions on the impact of the ban.

Those questioned reported with actual sales lostof between 25% and 40%, compared to the same time period last year. The outlook is bleak, with some companies estimating a fall of up to 60% of sales within the affected regions.

Despite the fact that the ban has been in place for less than a month, the sharp decrease in sales has led to job losses, with at least four redundancies confirmed and another ten jobs under threat if the situation continues.

TGA Chief Executive, Tim Mudge, said: “It is a grave concern to us that the impact upon peoples’ livelihoods has been so dramatic so quickly after the hosepipe bans were imposed.”

“We will be supplying the information we’ve gathered to the water companies so that they can understand the full impact the hosepipe bans are having on those whose businesses rely on the continued laying of turf. We call upon them to revisit their decision not to grant an exemption for newly laid turf, in line with the Water Industry Code of Practice.”