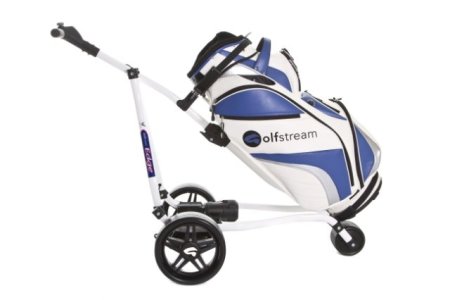 Golfstream trolleys has announced further international expansion with the appointment of a new distributor in South East Asia.

Ronald Tay of Advanced Data Technologies, will cover the territory for Golfstream with particular emphasis on Malaysia and Singapore.

In the week when powered golf trolleys were named in the Top 5 Christmas Gifts for the over 50s by The Gadget Show, Golfstream also revealed that its trolleys and spares business enjoyed significant growth during 2013.

In many months, the Ramsgate-based business saw spares sales increase by more than double compared to 2012 with demand for its all-British Revolution and Evolution Digital trolleys also rising sharply.

Said Golfstream managing director, Derek Richford: “Spares sales increased massively over 2013 so we are very happy with the way our business is progressing.

“This year we have also opened more new accounts than in 2012 and we now deal with nearly all repair agents in the UK and Ireland.

“As some of the market leading trolley manufacturers follow a strict policy of not supporting older machines, Golfstream is able to help thousands of golfers who would otherwise have nowhere to go to obtain spares.”

The company’s trolley business has also grown well and new distributors in Denmark and Iceland have added to the popularity of the 100% UK-made machines.

Golfstream is regarded as making the most reliable golf trolleys in the UK from its headquarters in Ramsgate, Kent, and produces the bespoke Golfstream Edge trolley available exclusively for TGI partners, as well as its own Golfstream Revolution and Evolution Digital trolleys.

This includes CaddyCell – a superlight Lithium-Ion battery which is more than 75% lighter than a standard lead acid battery. The CaddyCell Lithium weighs just 2.1 kilos and can be lifted with a single finger.