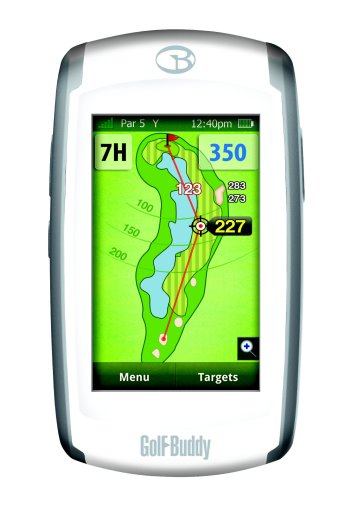 GolfBuddy, the leading golf GPS company, stepped in to help a German golfer who racked up a £2,000 mobile phone bill after using a smartphone app while on a golf holiday abroad.

The unwitting tourist used a downloaded GPS golf programme to chart his way through three days of golf – but didn’t realise every time he checked a course layout for distances he was incurring huge overseas roaming data charges when the app connected to his phone network.

He only realised his mistake when he returned home to Germany and was presented with a mammoth €2,400 bill.

In a bid to understand more about his mistake, he called GolfBuddy’s German distributors Green Grass Golf, who pointed out the error of his ways and sold him a GolfBuddy Platinum – which can be used fee-free anywhere in the world.

Said John Ennis of GolfBuddy: “It’s an amusing story but a hard-earned lesson and the perfect illustration why all golfers should use purpose-built golf GPS devices rather than phone apps.

“We did the poor guy a deal on his GolfBuddy Platinum, which he was very happy about.”

GolfBuddy specialises purely in the manufacture of golf distance measuring devices and walks golf courses to create ground-verified accurate maps, which increases the supreme accuracy of their GPS devices over competitors who simply use satellite imagery.

For a golfer, owning a GolfBuddy is completely fee-free – for a lifetime – and over 36,000 maps in 130 countries are available from its own database, the largest in the world of any golf GPS company.

GolfBuddy is a Corporate Partner with the PGAs of Europe as its ‘official handheld GPS rangefinder’. GolfBuddy is the world’s largest golf GPS brand. Based in Korea and the USA, with subsidiaries in Japan, Australia and Europe, GolfBuddy has sales operations in over 37 countries around the world. Its database of free golf course maps is now over 36,000 strong, eclipsing its major competitors.