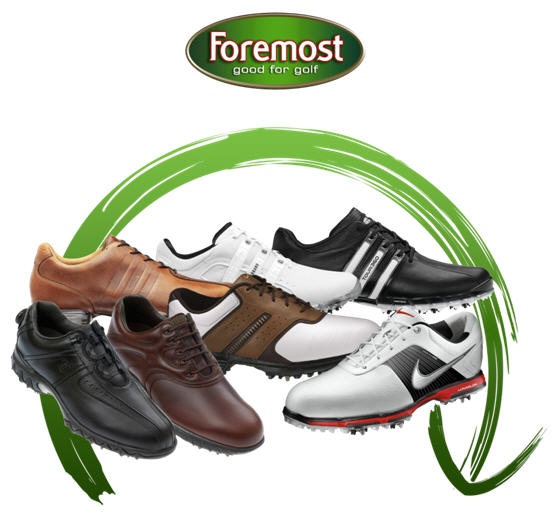 Between 31 March and 30 April participating EMP professionals offered customers between £10 and £20 off a range of Adidas, Footjoy and Nike styles when they traded-in their old golf shoes and the offer proved so successful that one Foremost member saw his shoe sales soar by 207% over the same period the previous year.

Other participants saw sales increase between 24% and 203% as their customers flocked to Foremost stores to take advantage of the offer.

Twelve months ago Foremost’s EMP professionals saw sales of FootJoy shoes rise by 18% and Adidas shoe sales increase by 61% during a similar promotion and this year the results were even more spectacular with Alan Reid at West Lothian GC seeing his sales increase by 207% to £2,000 and Peter Myers enjoying a 203% increase to £2,100.

The promotion also provided splendid results for EMP professionals who had taken part in last year’s shoe-trade-in promotion with Minchinhapton professional Chris Steele seeing his sales go up 69% to £4,600 and Nevil Bland at Brocton Hall enjoying a 47% increase to £2,200.

“The recent shoe trade-in promotion proved to be an enormous success with EMP members all over the country registering sales well above expectation, despite the monsoon like conditions across most of theUKtowards the back end of April.” said Foremost Company Director, Andy Martin.

“We would like to take this opportunity to thanks Adidas, FootJoy and Nike for participating in the promotion and hope they are as pleased with the results as we are.”

Foremost’s EMP professionals regularly get the chance to partake in special promotions organised in tandem with the Group’s Official Suppliers. As part of these promotions members received a wide range of promotional material to advertise the offers in store and on line and they are also publicised via a special deal with National Club Golfer magazine.

Foremost is awaiting the results of a Cleveland Wedge offer which runs until the end of May. Further special offers have been organised with PING, Glenmuir, Callaway, TaylorMade, Titleist, Wilson,  Motocaddy,  Sunderland, Tour Edge, Greg Norman, Ashworth and Srixon.

Foremost professionals who want information about these special offers and how to join the EMP programme should contact David.murch@foremostgolf.com