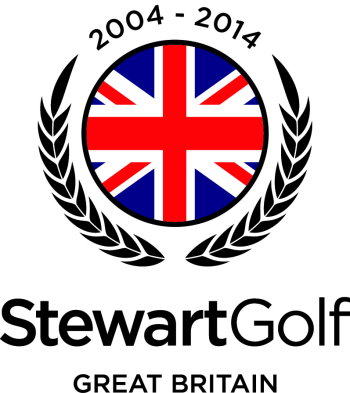 Stewart Golf unveiled its first product, the X1 Remote, at the launch of former ambassador Sam Torrance’s autobiography the end of 2003. A waiting list quickly formed and the first deliveries were made in March 2004. The innovative F1 Lithium followed in 2008, and now in 2014 almost 10,000 machines have been made, every one by hand in Gloucestershire.

Editorial coverage has flowed in almost every major publication from the specialist golf titles to national and international newspapers and magazines. In 2005 the X1R was included in GQ Magazine’s ‘100 coolest things in the world’ feature, ranking above the newly-released Range Rover Sport and David Beckham’s latest football boots. Since then the plaudits have continued to rain in as the powered product range developed up to the current X7 Lithium and F1 Lithium.

As well as avid club golfers, Stewart Golf customers include a number of household names. Personalities such as Sir Matthew Pinsent, Sir Ian Botham, Sir Steve Redgrave, DJ Spoony, Jamie Redknapp, Kenny Daglish, Robbie Fowler and Darren Gough (and many more) all choose to use a Stewart Golf ‘Dream Machine’. Matt Le Tissier even remarked that his X7 Lithium was ‘the best golf gadget that has ever been invented – a dream come true’.

Initially specialising in manufacturing the world’s finest remote controlled golf trolleys from their idyllic base in the Cotswolds, Stewart Golf is also now a leading brand in the push trolley sector. The Z3 Push model has become one of Britain’s best sellers, providing a base for the company’s expansion in to retail stores.

Stewart Golf CEO Mark Stewart said, “When we launched the X1 Remote, we set a new standard of originality, performance and styling. Since then we have never stopped dreaming, innovating and engineering; our goal has always been simply to create the best products in the industry and set the bar as high as possible. Steve Jobs is quoted as saying ‘innovation distinguishes between a leader and a follower’, at Stewart Golf we certainly aspire to be leaders.”

To mark the occasion Stewart Golf has added ‘2004-2014’ to their distinctive ‘GB’ crest, which will be used throughout 2014. It has also commissioned a limited edition ‘KEEP CALM AND CARRY NOTHING’ poster that will be sent to all stockists in the UK and a good number of the 28 countries that Stewart Golf have exported to.