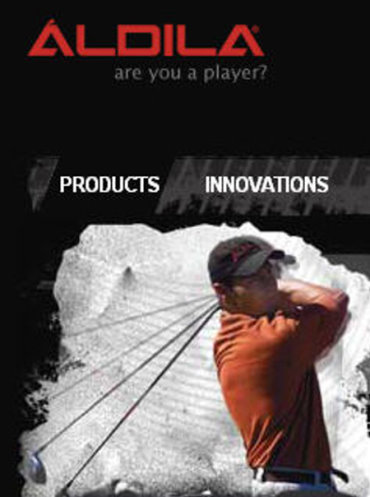 A special meeting of the Aldila stockholders of record as of November 21, 2012 was held at Aldila’s headquarters in Poway, California on December 27, 2012. A total of 3,788,047 shares Aldila Common Stock were present at the meeting in person or by proxy.

The stockholders voted to approve the proposed merger by a vote of 3,526,176 voting in favor and 251,018 against. The votes in favor represent 93.09% of the votes cast at the meeting, and 64.24% of the total issued and outstanding shares of Common Stock. Approval of the proposed merger was the only item considered at the meeting.  Aldila’s directors,  senior officers, and certain other stockholders, who collectively held 2,274,378 shares, or approximately 41%, of Aldila’s issued and outstanding Common Stock entered into a Voting Agreement with MRA and had committed to voting their shares in support of the Merger Agreement.

“We are pleased to see this step completed and look forward to concluding the merger process. In the absence of unexpected regulatory or other issues, we anticipate closing the approved transaction in the first quarter of 2013.  We continue to be excited about Aldila’s future as part of a world class advanced composite materials company that is fully integrated from the base raw material acrylonitrile, precursor, carbon fiber and prepreg materials,” said Peter Mathewson, Aldila’s CEO.

On December 4, 2012 Aldila announced it had signed a merger agreement (the “Merger Agreement”) with MRA.  The Merger Agreement provides that upon the effectiveness of the merger, Aldila’s stockholders will receive cash consideration of $4.00 per share, representing a total purchase price of approximately $22 million for Aldila’s common shares and a premium of 60% above Aldila’s share price of $2.50 at the close of trading on December 3, 2012.

Aldila’s Board of Directors (“Board”) had unanimously approved the merger and recommended Aldila’s stockholders approve it as well. The Merger Agreement was the culmination of a strategic review undertaken by Aldila and its exclusive financial advisor, B. Riley & Co. The Board concluded a merger was in the best interest of Aldila and its stockholders because joining with MRC will better enable Aldila to capitalize on Aldila’s business opportunities offered by the growing demand for carbon fiber based materials in a number of industries. The merger will allow Aldila to leverage MRC’s resources to more effectively take advantage of the business opportunities open to Aldila.